OK, before we get started, let me qualify this list: it is of my favorite players from when I was a kid AND currently. I do not like Marcus Allen anymore. His shine has faded from me years and years ago. But when I was a kid, he was my favorite player on my favorite team at the time; the 1983 Los Angeles Raiders. I am not sure why I liked him, the Raiders unis are cool, I like the number 32 (as you will see as you read on), and he was really fun to watch. But that was then.

This guy is just a stud. He is a key piece to the Seahawk defense, and probably the most understated (something this team needs more of). He is great in run stopping as well as in pass coverage, which is critical for their zone scheme. I personally think he should blitz more, but whatever. Anyway, he is also one of the nicest guys on the team and is sort of the opposite of all the loud mouths that can alienate the media, the fans, even the coaching staff. Carl Lewis was the greatest athlete in the world during the years when I started paying attention to sports. So naturally, he has to make this list. Despite all of his records being broken, despite singing a version of the National Anthem even Roseanne Barr winces at, and despite throwing a first pitch at an MLB game that makes you question whether or not he is even athletic at all, Carl Lewis is the greatest track athlete in US history this side of Jesse Owens.

For some reason, I was a StL Cardinal fan when I was younger. And for some even odder reason, I have kept that fealty. Built for speed instead of power, the Cardinals were the king of AstroTurf teams. And Ozzie Smith was all that and an amazing glove for the 1980’s Cardinals. Even late in his career, he learned to hit a bit, averaging over .300 once. But what he is known for is his fielding, and he was the greatest ever at the shortstop spot.

When I coached, I always wanted a Manu Ginobili on the team. Well duh, he is a pro and very good, but not for those reasons. I wanted one because of his style. He was gritty, cagey, clutch, daring, and when he made a mistake he was the first guy back on defense to try to correct it. Yes, other fans of other teams hated him, but we all know he is the guy you want on your team because no one competed harder than him on a daily basis.

Magic was my first favorite player. As a kid, everyone on the west side of the country loved the Lakers. And who didn’t love the way Magic played? It seemed like every pass, even the easy ones, was exciting to watch. Also he was a giver; always tried to involve the other players on the team despite having the skill to score 25+ a game. Of course when you have 3 other HOFs on the team, sharing is way easier. Since he retired, he has become a business mogul and a pillar in the LA community. All of that is pretty cool. But he is about the worse Twitter follow ever. 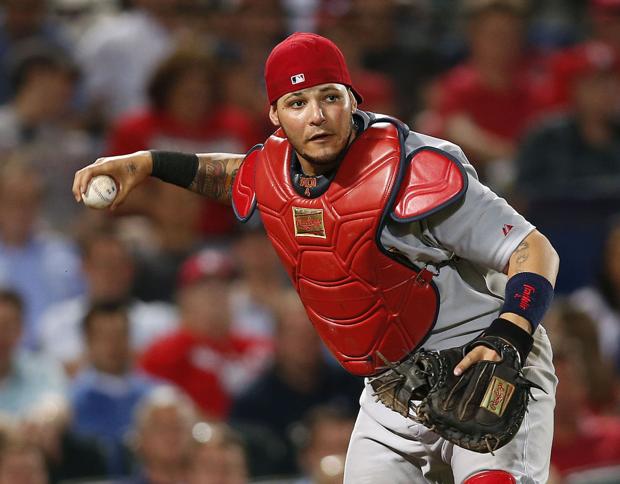 Catchers are the toughest guys in baseball. Not only do they have to deal with getting hit occasionally with the ball, handling moody pitchers who always want to throw fastballs, and have to bat like all of the other guys. Catchers also have to be in that squat for the entire game. Ugh! And that is why you have to respect Yadi Molina. He was the heart and soul of their two World Series wins. Yes, Pujols was the best player, but Yadi was the linchpin. Ask any Cards fan and they will echo this.

ET3 is just awesome. He is the emotional leader of this team. He is the one in the back cleaning up all the overplays and mistakes the Hawk defense makes. He is the keystone to their entire Cover 3 defense. The most indispensable player outside the QB, ET3 makes their defense work. You don’t believe me? Look at what happened last season when he got hurt. From leading the league in points allowed for the 5th season in a row to finishing 12th. Watch the Falcon playoff game. Yeah. He is that big of a difference.

The GOAT in tennis, no one has ever played the game with the grace, balance, and versatile skill as Federer. Yes, he has won all the majors, yes he has won the most majors in all, yes he is renown by all tennis connoisseurs of being the most beautiful player of all time, but he is even a better person off the court. OK, that is not true at all. Even though he is hugely philanthropic, if he was a better person off the court, that would make him like Jesus or something. Regardless, he is still one of the most beloved and rooted for athletes around the world. 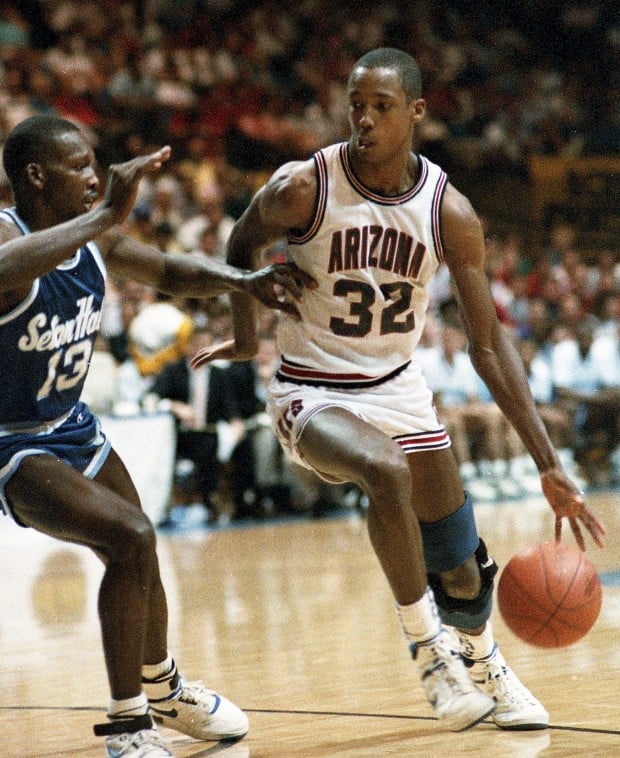 Tucson born, Tucson bred, and Tucson trained. Sean Elliott is the greatest athlete to ever come from my hometown. He is also one of the primary reasons why U of A is where they are in basketball now. Before Sean, Lute was obviously a great coach, but never made it out of the first round in Arizona. Then Sean came. In his junior season, he made 1st team All-American and led this squad past the 1st round, 2nd round, 3rd round, and 4th round to get to UA’s first Final 4. In his senior season, UA was ranked #1 in the nation, Elliott won Player of the Year honors, and became the all-time leading scorer in Pac-10 history. Oh yeah, he had a nice career with my favorite team in the NBA (which became my favorite team when he was drafted there). Sean Elliott may not be the greatest athlete on this list. In fact, I bet he is the least known of them all. But Sean was the biggest deal in town when I was in elementary school, and holds a lot of weight when it comes to lists like this.