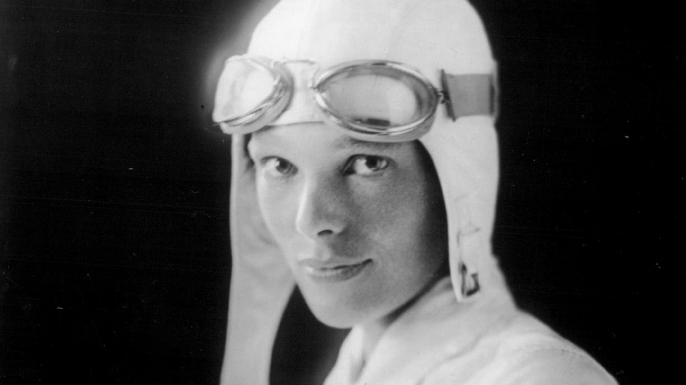 In an attempt to solve a mystery that pretty much no one cares about anymore, TIGHAR (yes, TIGHAR, The International Group for Historic Aircraft Recovery…..so let’s talk about this for a minute. Other than the fact that there actually exists something that dedicates themselves to aircraft recovery…of a historic nature of course….what the hell is up with their acronym? They used ‘The’ in their TIGHAR name yet not used ‘for’? They should be ‘IIGHAR’ or ‘TIGFHAR’, not ‘TIGHAR’, that is cheating! This is so stupid it is hard to take this group seriously. And oh yeah, did I mention they actually dedicate themselves to aircraft recovery….of a historic nature?) has teamed up with the ICF (the Institute for Canine Forensics, at least they played fair with their use of letters for their acronym) to find where……yes…..Amelia Earhart’s remains are.

First off, you would think this would be a project TIGHAR would be on immediately. I mean what other historic aircraft recovery projects do they actually have? Did this one just get lost in all of that TIGHAR red tape? Was there a huge backlog of historic aircraft recovery sites that I am not aware of? I would have thought that the entire reason why TIGHAR would exist was to get on this Earhart mystery post-haste. I mean, isn’t this the most famous aircraft mystery of all time? C’mon TIGHAR!!

Secondly, this happened over 80 years ago. I think the statute of limitations of the world caring about this stuff runs out in about 1 year. I have no idea what they are expecting to find when it comes down to it. Maybe if it was found out her crash was not of her doing, this would reverse 80 years of unfair stereotypes that women are bad drivers? Other than that, there really is no reason for this expedition to happen.

To be fair to the people at TIGHAR, the reason this mystery still exists has not been completely due to lack of effort. They have launched 12 previous missions to find the failed aviatrix…a word I have tried to work into a conversation for years. However this mission (the one using the ‘Nikumaroro hypothesis’ which states she crashed in…well…Nikumaroro. I swear, this story is getting sillier by the moment) is the one TYGHAR thinks is the one that will hit paydirt. And by ‘hit paydirt’ I mean 3 border collies sniffing around the island and find her dead bones.

Anyway, after this mission, I am really hoping those dogs from the ICF help out solve other pressing mysteries: say find the Lindbergh baby, sniff out the location of Jimmy Hoffa, finding my lost ankle sock from 2 weeks ago, and other great questions of our time.