When I was a teacher, I had many foreign students (they were always my favorite ones, they were so interesting) from all across Europe. And pretty much all of them agree that St. Petersburg is a fantastic and beautiful place to be. I have a fairly good interest in the Russian folk overall, and know this city is the pride of the country. Moscow is a dump, St. Petersburg is not. To see where the czars of yesteryear used to dwell, where they had their most extravagant balls, sounds pretty cool. Again, I mean the one in Russia. The one in Florida can fall in the ocean for all I care. 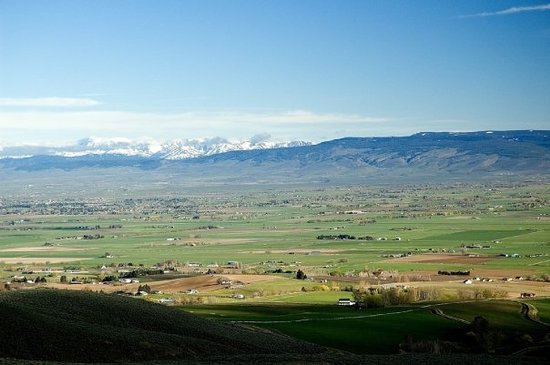 I’ve never been there but heard they have a pretty good brewery there, ‘Iron Horse’. Sounds like a worthwhile place to visit. And….they also have a college there. Oh yeah, I think they have some trees and mountains too. Yup……..Ellensburg.

Yeah, yeah, yeah. I know it is a place where every pretentious asshole visits and comes backs just swooning how wonderful it is and how it totally changed their life. I hate these people. But they may have a point. I am sure Paris is just so goddamn magical and is completely worth the time. But you know why it is not higher on the list? I do NOT want to turn into one of those snobby shitheads that wax poetically about how much better they are than you for this experience. But I do want to go.

I don’t just want to visit this elite school of magic, I want to enroll. Sure, I graduated high school over 20 years ago, but isn’t there any room for an alternative student? I know some of the spells, I practice them on my dog, and I bet I have a really cool patronus of a hawk….a Seahawk…. Anyway, I would love to experience the magical world of Harry Potter and company. I am so over this tired Muggle world, I think I may at least fill out an application. I may even try out for the Quidditch team, albeit the stupidest game ever created.

Ah, to see the northern lights in a city that is so quaint yet teeming with personality. I mean just look at that picture! Looks like a gateway to heaven; a portal into the sky where you can experience the mysteries of the universe. Or maybe it is passage to hell, where if entered you will be stabbed eternally in a pit of fire completely naked while all the people that picked on you in high school laugh. Either way, it seems like an interesting city to visit.

Germany fascinates me. It is home of the greatest musicians ever to grace this earth, and all around a similar time frame. German mythology is the basis of much of Lord of the Rings. So many great thinkers and innovators come from this region. Oh yeah, there was also that WWII thing as well. Anyway, it is a very interesting country that is filled with history, culture, contradiction, and beer (although their beer tends to be on the wheaty-light side of things, ugh). So the natural first landing spot when poking around Germany would be Berlin.

If New York and Vegas had a baby, I think it would look like Tokyo. Look at all that neon, look at all of those signs, look at the population density of this place! I mean this is a metropolis at its finest. You get to be near the water, you get the hi-tech city life, you get pleasant little areas where nature is still preserved, and it is English-friendly to boot. But I am not sure if I want to live there: we all know it is just a matter of time for that crazy big lizard to poke his head out of the water and, well, do what radioactive T-Rex’s that spit fire do.

It is one thing for an entire island to be one big city, ala New York City. But it is a another thing for an entire planet to be a city. Just think of all the fun one could have there. You can see such landmarks as the Jedi Council palace, you can visit where the Imperial Senate convenes and enacts policies that adversely effect all int eh galaxy, you can take pictures of such famous statues as Exar Kun being awesome, Luke Skywalker being whiny, and Jar-Jar being a stupid dumbass idiot. Although actually getting to Coruscant may prove difficult (existing a long time ago in a galaxy far far away, and also being not a real place), I still think I would rather go there than Paris. Who doesn’t want to go to London? They have it all; a big Ferris Wheel, a palace with current royal inhabitants, a pub at every single corner, a big fat clock to let you know what time it is, and an overall historical aura that you cannot get anywhere in America. England is sort of like our big brother; they used to bully and harass us for our tea money and after we got mature enough, the English gave up control and let us blossom into the country we are today. Hell, they still are slightly ahead of us; from quality shows produced by the BBC to fantastical literature that we try to copy to even the politics of populism (Brexit beat Trump out by a few months, will this country ever learn?). So to visit London is to visit an older brother that you fell distant from.

What else would be #1 on my list? If this came as a surprise, well then shame on you! To experience the majesty, the spectical, the beauty of the Lord of the Rings first hand is a dream of mine, and someday this will happen. I am sure New Zealand has some other things that are cool as well: Flight of the Conchords, Aukland, sheep. But really that is all secondary noise to me. I want to see Hobbiton. I want to climb Mount Doom. I want to crawl through the caves of Khazad-Dum. I want to swim through the river of Anduril. I want high-five Elrond in Rivendell.

Well, I am not sure all of that is possible, but what is possible is seeing all the beautiful sets and landscape that made up the silver screen version of Middle Earth in a very organized and complete tour that helps out their local economy. Honestly, it is probably best that it is just a tour and not the real thing; Frodo and co. had a hell of a time getting that ring into Mordor. I don’t think I would last.