This is part 5 of a 78 part series that explains the various type of people that live in Seattle.

Part V: The Adult in a Band Guy 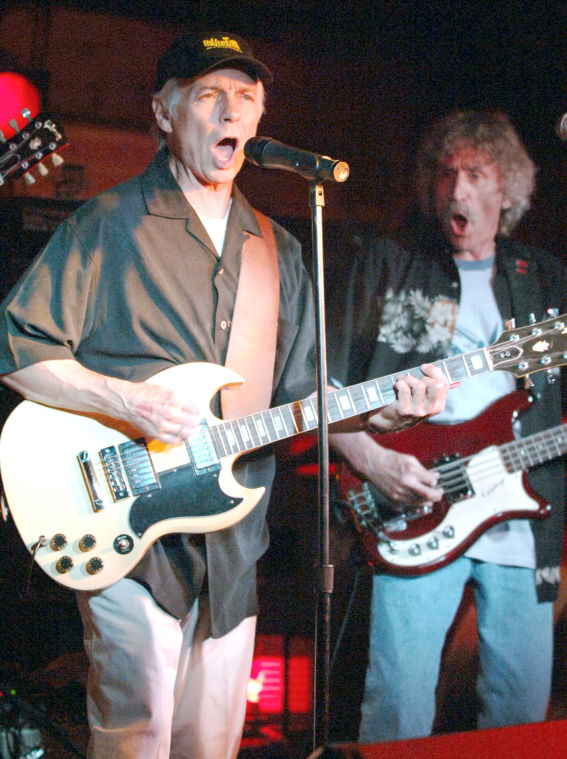 Found in many pubs and coffe shops in Seattle, the ‘adult in a band’ guy is someone who permeates not just vast expanses of the Pacific Northwest, but all of America. The ‘adult in a band’ guy, or ‘homo pathetica notalentia’, has a wide age range of 21-70, knows no race, and has no distinctive garb. These people infiltrate our lives with flyers and pamphlets with information about when their show is going to be and nagging us for a guarentee of attendance. The quality of said show is directly inversly proportional to their attempt to ‘rock out’. In all cases, the ‘adult in a band’ guy has a second career that, in most cases, pays quite well. However, their passion for music and the search for ‘their sound’ drives them to live a second life and thus, become such a creature.

I appreciate good art; be it visual, literature, or music. But the emphasis of this is ‘good art’.

There is also nothing wrong with people playing musical instruments as a hobby. It is a great way to get away from real life and immerse yourself in something else.

Just don’t drag me to your show.

Adult people in bands is usually not about just playing for the fun of it. Typically, there is this selfish sensation they get when people cheer them on as they cover ‘Pour Some Sugar on Me’. A 40 year old man with 2 kids playing 80’s punk rock in public is not cool, it is stupid.

Just think about it; in order to play songs in public, you have to first be pretty good at playing an instrument. Then you have to find 3-4 others that do as well. Then you have to practice, hours upon hours, to be coordinated enough to play in public. And for what? To play on some crappy bar stage on a weeknight from 9pm-10pm to 25 people that really don’t want you there in the first place. It is probably more beneficial if you just stayed at home and helped your kids with their math homework.

The worst part about these people is they ask all of us to respect them because they are ‘following their passion’. Their passion? Why should anyone respect that? If your passion revolves around self-gratification (and yes, that is the driving force behind playing in public to as many people as they can find), why should that be respectable? You know what my passion is? Sitting at home and watching TV. Do you respect that?

I would respect someone far more for doing something that adds to society or maybe something they don’t want to do but have to for the benefit of others. Not someone who picks out ‘Stairway to Heaven’ on a smokey set and pats himself on the back for the effort.