To lead off this list, let’s go with the greatest American composer (outside of filmdom that is). Copland is the man who provided the soundtrack for the American frontier. His open chordal structure and syncopation is now the trademark sound of the great west. Remember the ad, ‘Beef: it’s whats for dinner’? Copland. Fanfare for the Common Man? Copland. Funny how a little Jewish guy from Brooklyn can capture that feel.

Yeah, I know. Why is he not higher. I mean he did pretty much invent proper chordal progressions and all Intro to Music Theory ideas. Yeah, he also wrote like a new mass every single Sunday for his church. And yes, most musical scholars have him in the top 3. But…….he was a dinosaur for his era. Baroque music was in it’s twilight years in the 1680’s and Bach was more of a perfectionist than an innovator. I value innovation rather than craftsmanship in art. Oh yeah, he is NOT fun to play, unless you are an organist. But he has to be on this list somewhere.

From symphonies to sonatas to concertos to operas to…well….more symphonies, Dvorak proves that not all great composers are from Germany/Austria. Born a Czech, Dvorak was obviously influenced by the great German Romantic masters of his time. But he a lighter side to his work. And he also probably wrote the greatest symphony outside of the Beethoven 9. Want to listen to the sweetest and saddest movement ever? Check (or Czech….get it?) out New World Symphony Movement 2.

Again, why not higher? Mozart is the poster child of musical genius, much like Einstein is to scientific genius. But even though there is no doubt Mozart has an ease with tonal harmony unparalleled, all of his stuff sounds the same! Well, sort of. I mean people rave about the fact he wrote his first symphony at 8. Well, have you heard it? Of course not! For all of those tales of his early mastery, by far his best work was written late in his life. His late symphonies and Requiem is Mozart at his best. Maybe if he lived past 34 (although he wrote over 800 pieces) he would be higher on this list. But again, I prefer innovation over craftsmanship. Mozart was more of the latter.

Sort of like Mozart after Mozart, Schubert was from Austria, died young (31), yet managed to write 900 pieces, and wrote in all genres. Some were short little lieders, but his 7-9 symphonies stand alone as his best work. Schubert, like Mozart, saved his best work for his last. But unlike Mozart, was never really appreciated as much when alive. Amadeus was a great film, but overplayed the ‘Mozart was forgotten at the end’ part. Schubert was not so much forgotten as…well..not even known, save a few musical groupies in Vienna at the time. Only after he died his work has received the attention it deserves. 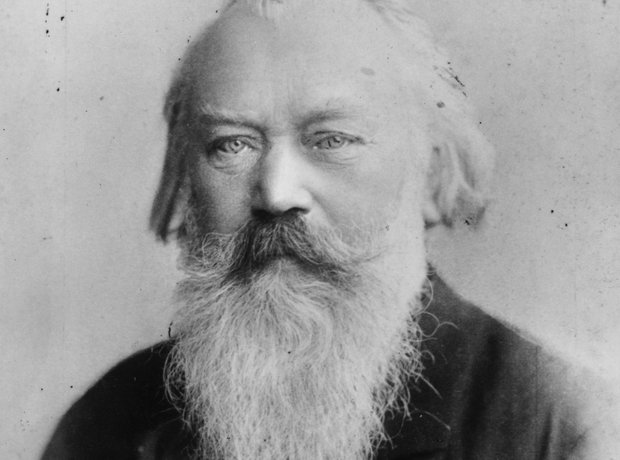 Big, weighty, meaty, that is the way to define Brahms. And also his work. Brahms lived in the 1860’s (year 30 AB: After Beethoven), which was a time that Romantic era music was running everything. Big sounds. Big horns. Big strings. And Brahms was at the forefront of this. His music is maybe short on melody (save a few folk pieces he transcribed) but big in harmonic flair; deep, powerful, and heavy. Yes, he wrote in all genres, but there is no question his 4 symphonies define his best work. I know, some call him a ‘poor man’s Beethoven, and yes his Symphony #1 is inaffectionately called ‘Beethoven’s 10th’. But so what? A poor man’s Beethoven is still richer than pretty much everyone else. Well, except Beethoven I guess.

Now for something completely different. Where listening to Brahms is like eating a Chicago style hoagie, Debussy is like eating a delicious cream puff. Light, airy, and oh so sweet, Debussy the innovator of Impressionalist music (and some would argue, including myself, a primary influence in early jazz). Enjoy open chords that span multiple octaves and try to balance between the worlds of dissonance and consonance? Well if so, you will love Debussy. You probably already know Clair de Lune, but try Afternoon of a Faun out. Please watch this one, because it is really awesome.

Being the only Russian on this list is not fair, but choosing only 10 composers is hard. So why Stravinsky? There are people who bridge the music world from one era to another. Baroque->Classical: Handel/Hayden. Classical->Romantic: Beethoven. Romantic->20th Century: Stravinsky. He is the most diverse composer of the lot. Not just because he wrote in all genres (like most Russians, preferred the ballet), but the WAY he wrote in all genres. Just check out the Firebird vs the Rite of Spring: one is a perfect representation of Romantic era music and the other is a cacophonic miasma of sound with more rhythmic complexities than a Rush album (so much so that there was a riot during the premiere of the Rite of Spring). Stravinsky dabbled in atonal, 12-tone, Romantic, even movie music. Yes, the Strav even wrote some film scores when he moved to New York. The man can do it all.

Speaking of movie scores, Richard Wagner is the original movie score composer. Almost working exclusively in the opera genre (which was like movies back in the 1860’s), no one wrote more emotionally moving music at that time than Wagner. His sound was huge, his stories were epic (albeit many ridiculous), he even intended the tri-tone (the source of all his emotional dissonance and tension before resolving the harmony back to the root) and not even his horrible personality would prevent people from weeping when hearing Tristan and Isolde. Yes, Wagner was an awful person. He hated Jews, he hated foreigners, he was a creep, he even married his best friend’s daughter 20+ years his younger (what an uber mensch, huh). But his music…..wow. Without Wagner, there would be no Mahler, no Holst, no Orff, no John Williams, and definitely no Hans Zimmer. In fact, Wagner’s music sounds so modern 150 years later, his tunes are still used in movies all the time. Just listen to the final act of Das Rheingold: Entrance of the Gods into Valhalla. If this doesn’t move you, you have no SOUL!!

The greatest. Hands down. And it’s not really close. No one has had a greater influence on music as me know it today as Beethoven. Before Beethoven, music was very dainty and regal. Sure there was music with some meat, such as some of Mozart’s operas, Haydn’s late symphonies, and Bach masses. But no one broke through the accepted musical norms like Ludwig. Typically artistic transitions are not abrupt; there is an easing in of the new avant garde movement that takes some time. Not so much with Beethoven. True, his musical revolution started as an ‘easing in’ per se; very basic Classical styled symphonies (1-2) and a series of concertos that are almost imitations of Mozart’s late work. But then Eroica happened. The musical world changed. From 1804 on, the Romantic period began. Chordal harmony thickened, orchestration became more lush, and the power of music was finally maximized. Some say Beethoven was the first heavy metal artist. Others say he created the music we hear today. I say…sure, why not? Every single composer post-Beethoven has been so influenced by his stuff. It is really quite remarkable how musical evolution jumped from a smooth linear model to a steep exponential model. Even a tyro when it comes to music can identify a piece pre-Beethoven and post-Beethoven. But get this; his best work was written when the man was deaf!! How is that even possible? His late string quartets, his piano sonata 4-5, and of course this ditty. And it doesn’t even stop there. He probably wrote this most famous 4 bars of music ever, and trust me when I say that even though it is common to our modern ear, this was absolutely mind-boggling for its time.

So yes, Beethoven is a titan amongst titans. Just ask Alex Delarge.