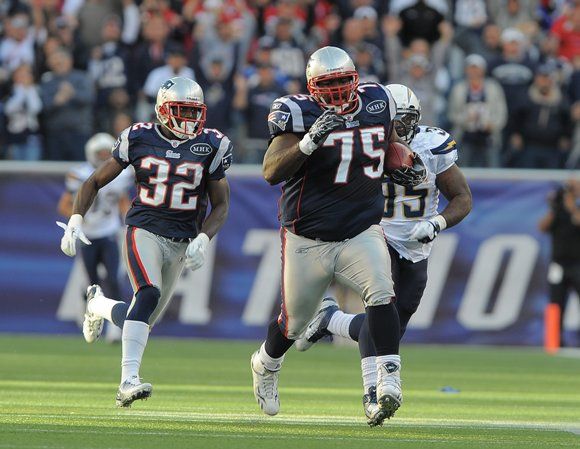 Some say the essence of sport is the thrill of victory and the agony of defeat. Some say it is fighting through adversity and triumphing over tragedy. Even others say it is the comradery that a team bring to a city. I always would battle those assertions with what I thought; the calculating and strategic elements of both team building, overall game philosophy, and in-game x’s and o’s.

However we are all wrong. The true essence of sport is when a fat guy unexpectedly gets the ball.

Now to be fair, when a fat guy gets the ball expectedly, it is a thrill for all. Just look at Bartolo Colon; I am sure his funny looking rotund frame is a primary reason why anyone would allow him to still pitch a ball. Or when big fullbacks get handed the ball and they unceremoniously fall forward, every man woman and child can enjoy that. But the truest form of sports nirvana is when a spherical object holds another spherical object in a completely unexpected way.

For example, this past weekend Pablo ‘Panda’ Sandoval, a third baseman by trade, was handed the ball in a blow out to pitch to a few batters. How did he do? Actually surprisingly well, but that was not the point. The point was that a big fat guy had the ball in a surprising situation. And obviously, excitement ensued.

Or how about when a defensive tackle catches an interception (typically off a batted pass), and then starts ‘sprinting’ down the field with reckless abandon. Who does not love that clip in the highlight reel? There utter delight, glee, and unabashed excitement that big ole’ heavy has when he finally, after years and years of getting blocked and roughed up, gets to experience the sheer joy of running with the football. You can give me 100 one-hand catches and running backs breaking multiple tackles, but it all falls short of a fat defensive lineman waddles down the sideline with that pigskin tucked safely under his hamhock. Yes, he will probably not score. Yes, he will get caught fairly quickly and probably tumble to the turf awkwardly. Yes, he may even fumble. But even if if it is a batted ball/interception/fall forward/loose ball/recovered by the running back, it is 10x better than that Odell Beckham catch.

I know we all root for our teams, and that sometimes can put walls between us. In a world where we are becoming more and more divided, sometimes sports rivalries further our anger towards each other. However, a fat guy traipsing around with a ball, in any sport, can bring us all together. Isn’t that is what sports is all about?