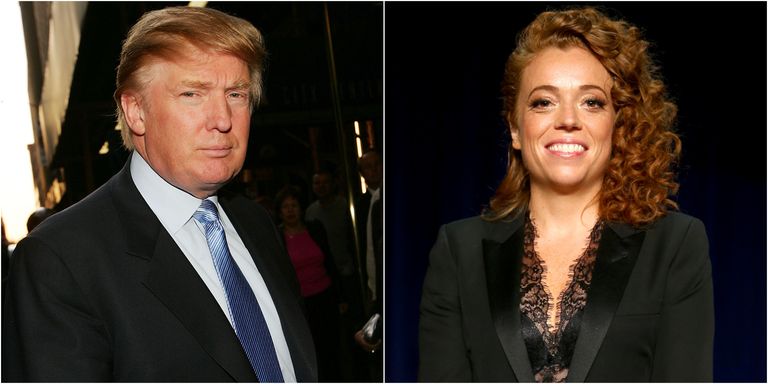 This past Saturday was the annual White House Correspondent’s Dinner, and for the second year in a row, Donald Trump decided not to go (instead he went to Michigan to campaign….so weird). This event is usually stupid; just a chance for some hack comedians to do their hack material to an audience of stuffed shirts.

Saturday was no exception. But with one twist; some people got offended.

Apparently some comedian named Melissa Wolf said some mean things about the president and his posse. And not in that jovial, roast-like tone. But in a serious and scathing way.

People from the Left and Right are trying to distance themselves from her words. The Right: ‘you should not mock people’s appearance, that is too low’. The Left: ‘when they go low, we go high. This was not that’.

So out of curiosity, I looked up what she actually said in her act. I mean it must be absolutely ruthless to garner this about of attention.

And there is no question I was offended. But not by her words. But by her material.

She is not funny. End of story. This comes as little surprise; many modern and relatively famous female comics are simply not funny and rely on shock value for their comedy (‘Ohhhhh, a girl said stuff about tampons and used the word ‘cunt’? I am so….shocked….’). Melissa Wolf is just a poor woman’s Kathy Griffin….well…a Kathy Griffin I guess.

But that is not the worst of all of this. I mean these comedians are unfunny a lot of the time, so this is no big deal. But the fact that people are so ‘offended’ by a comedian’s mild insults and NOT by anything what the President says is insane.

To sum up Wolf’s highly ‘offensive’ act, she called the White House staff liars (with not much of a lilt to it) and made a slight jab at Sarah Huckabee Sanders’s makeup.

Compare that to what Trump says on a weekly basis. I won’t recount everything this monster says, but count how often he uses the word ‘liar’ and insult people’s looks. I mean it is not even close to comparable.

Anyway, the uneven and very unfair nature we hold certain people is becoming more and more damaging. How can a comedian be regarded as so offensive yet when the President says even worse things, it is embraced by half of America? It is a real problem in our society. But don’t worry; expect it to get worse as time goes on.