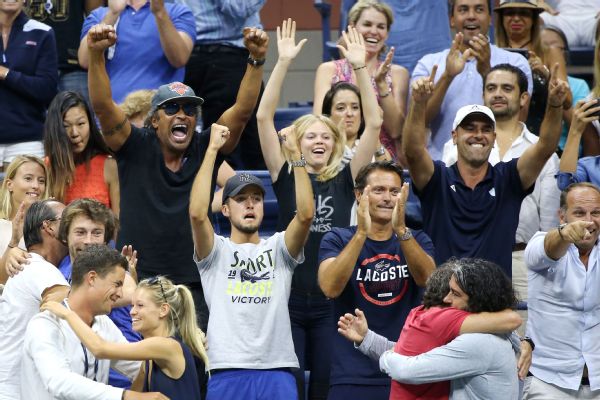 As I said earlier, I enjoyed New York City immensely. And during my time there, I got to witness the US Open up close.

For those who don’t know, the US Open has a reputation for having some rowdy fans, especially during the night session. The night sessions can last to 2am EST, so with the late hour and alcohol mixed together, you can imagine it can be a lively crowd.

My experience did not disappoint; the crowd and the fanfare was just as expected. Beautiful venue, engaged crowd, and very fun to watch.

But there was another takeaway I got from all of this:

After every match, the winner gets interviewed on the court. And for each and every interview, the player HAS to thank the crowd.

Now I know every city loves to be acknowledged by the fans; we all eat it up. But New Yorkers, wow. They will skewer you, boo you, and downright hate you if you are not hitting their latent obsequious threshold with them.

I mean how pathetic is that? New York, a city that is beloved by all, a city that see themselves as the center in the world, and a city that has every media outlet pander to them, still demands all athletes must bow down to them any time the camera is on. It is like a ruler of a land who owns everything in his realm still require their minions to shower them with compliments. Or sort of like college football coaches in general (see prior posts).

So New York, stop being a needy, overly sensitive little baby and cry when some tennis player doesn’t thank you to the heavens about your support. I guess that’s why the term ‘New York Strong’ really never took.