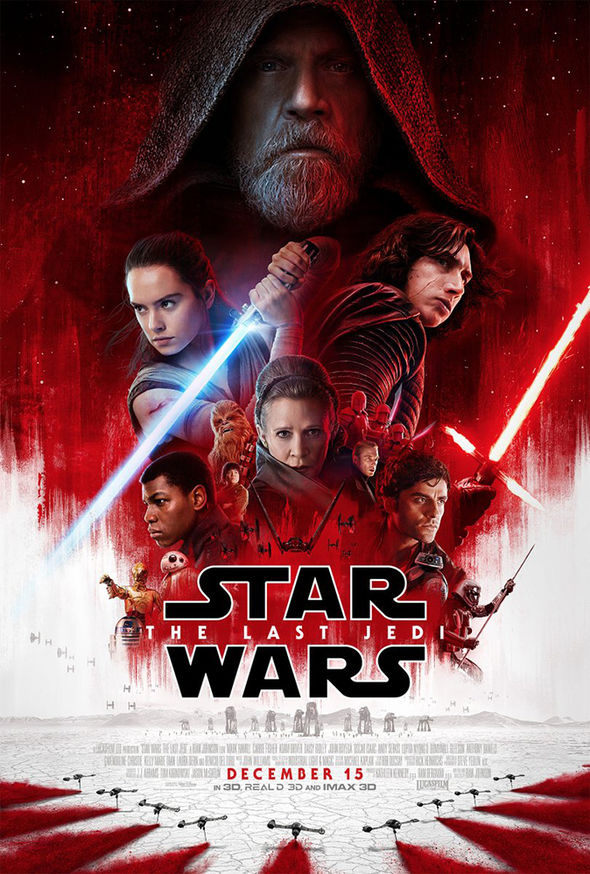 I got my ticket!!

Yes sir, I got my ticket to see the latest Star Wars installment for my birthday next week at the best theater in Seattle; the Cinerama. This place is so hot that the first weekend showings were sold out the first 30 minutes of ticket release. Ouch! A lot of nerds out there in Seattle.

Anyway, I have sequestered myself from all the hype and possible spoilers so I can see this with clean eyes. Sure, I cannot avoid some of the pomp, I mean it does have a 93% Fresh Tomato rating thus far, and I have many a fan theory about what may occur, but have seen zero images and zero allusions to what is in store for me on Thursday.

Honestly, all I want is for this one to not be the worst movie I have seen in the Star Wars franchise. The last two were so bad that I barely can acknowledge them being part of the cannon. Episode 7 was terrible and I hate it for pretty much ruining the entire concept of the previous 6 (go see my previous posts on this, I go into much more detail about how that Mary Sue can learn the force in 5 minutes while it took Anakan and Luke 3 full movies), but this one has Rian Johnson on the case, and we got rid of that hack Abrams, so maybe redemption is up ahead.

So my prediction about the plot? Well, not so much a prediction rather than a great idea on how to justify so many things that we saw in episode 7:

I want Mary Sue……er……Rae to be the incestual daughter of Luke and Leia.

Now wait a second……before you tune out of this idea, let me explain.

First off, this would explain why Rae is so powerful in the force without any training. She has two parents strong in the force, so it is like having double force! Secondly, this would explain why Han and Leia had that tension between them. I mean she not only cheated on Han, but she bore her brother’s baby. Pretty intense, huh? Finally, this would also explain the sexual tension between Luke and Leia in episode 4 and 5. No more post hoc explanations about these awkward scenes. We now know why.

I know this has zero chance of happening. This is too edgy and fantastically interesting, Disney could never handle such a great idea. I know, Disney thinks it is getting all intense and gritty with their first two efforts (pretty much abandoning the previous movie’s tone, anther reason I hate episode 7 and Rogue One), but those are sissy efforts compared to introducing some complex relationships like incest. Do you still root on Luke? Is Leia still a strong character? Hey, if worked in Game of Thrones; people still root on the Targaryans. But no way they would do this.