Is there a more aggressive ad campaigner than the My Pillow guy?

According to Mike Lindell, creator of the My Pillow, it took him 8 years and countless hours to develop a pillow that would conquer all pillows. How do I know this? Well, this guy tells me about his toils every single time I see his mustache on my screen.

So what the hell is the deal with this pillow? I mean with all of this self-produced hoopla, obviously the My Pillow is amazing.

So I did some research on the My Pillow……..

First off, apparently it is just a pillow. It does cure ailments. It does not cook you breakfast. And it is debatable whether or not it gives you a better nights sleep.

Secondly, even though it has been deemed the official pillow of the National Sleep Foundation, it turns out that the NSF (yeah, they actually call themselves the ‘NSF’, like ‘non-sufficient funds’, so apropos) is really not a thing. In fact, all the NSF does is sell pillows and other bed-like products. Sounds like the National Sleep Foundation is about as legit as the Trump Foundation. OK, not that bad, but you get the idea.

Last and not least, My Pillow is paying $1,000,000 due to false advertising. What did Mike Lindell claim? That the pillow actually does cure some diseases. Yes, what I said in point 1 was not a joke. This was claimed. And not surprising to anyone, this is not true. So in the future, there is fine print on every My Pillow that says all claims are NOT substantiated through clinical trials, rather just idle thoughts from people (or family members) who have used it.

Oh yeah, the Better Business Bureau gave My Pillow an F rating, which by all standard grading systems is the worst grade one can get. I am sure that if the BBB could give a Z rating, they would.

Hey, I like a good pillow as much as the next guy (unless of course I am next to John ‘Pillow-lover’ Glowenstein), but I this My Pillow guy is the worst since this guy: 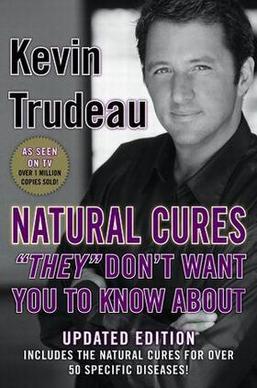 Seriously, if have not, read about Kevin Trudeau. He really is the worst Trudeau ever. Yes, even worse than that smarmy phony up north Justin Trudeau……eh……maybe not. Sort of an irresistible force immovable object thing here.

Anyway, I am so tired of this Mike Lindell character. So tired that I don’t need one of his magical pillows to help me go to bed.