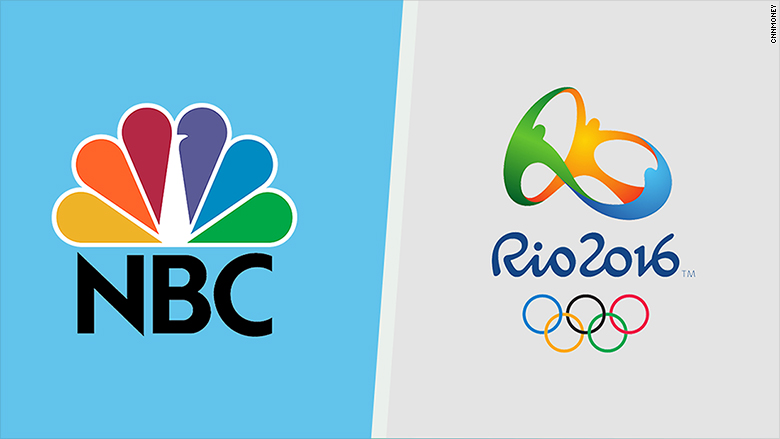 I mean how can you screw up the Olympics? They are the grandest show on earth every 4 years. I mean everyone has some level of interest in these games. Yet leave it up to NBC to mess it all up.

So how is NBC doing the world such a disservice?

Well, it starts and ends with the tape delay.

You would think an entity owned by Comcast would understand the importance of live sports; it is the only thing that is keeping cable alive. If it wasn’t for sports, Hulu, Netflix, and other alternative outlets would phase out cable. But the one thing about sports is this: you have to see it live or else it lessens the impact greatly.

So why does NBC do this? I mean the Olympics are only 4 hours earlier (PST), it is not like the main events are occurring at 2am. And to boot, some of the main offerings are shown post 10pm, IE: the women’s team gymnastics. Past 10? I am in bed by then. So why NBC….why?????

In the words of their chief marketing officer John Miller:

“The people who watch the Olympics are not particularly sports fans. More women watch the Games than men, and for the women, they’re less interested in the result and more interested in the journey. It’s sort of like the ultimate reality show and mini-series wrapped into one. And to tell the truth, it has been the complaint of a few sports writers. It has not been the complaint of the vast viewing public.”

Is this really true?

Well, some of it is. It is true in order to broaden your viewing audience you have to make it appeal to all fans, not just sports fans. And it is true women are not as big of sports fans. I can attest to this. Every time I go out on a date with someone and I mention I can name all the Super Bowl losing coaches in order or try to discuss the San Antonio Spurs rotation philosophy on the on-ball screen and rolls, they typically turn off and leave me with the check.

But what I don’t agree with is women do not care about the result. I feel that outlook is pandering to women, like all they want to see is a bunch of schmaltzy window dressing and don’t care at all about the events themselves. If that is the case, why is the NFL booming with new female fans? No one ever would dare tape delay an NFL regular season game. Why on every college campus you see a healthy percentage of women attending sporting events? You can’t tape delay a live event. Well, maybe NBC would find a way.

I had read some backlash against the NBC way of covering the Olympics, and most of the oped pieces are written by women. Very good pieces that definitely trump this post.

GOOD FOR YOU WOMEN!!! Don’t take that shit from NBC. They obviously won’t listen to me, the avid sports fan. But they may listen to you. And please….get offended. It is a very off-putting way of stereotyping an entire gender. Don’t care about results? Only want to go on the ‘journey’? Pish posh!!!! Yes, I said it. Pish posh!!!

I really hope the rating this year are terrible for NBC and they start listening to the noise out there. With the way results are spewed out immediately via Twitter, CNN/BBC phone updates, or any social media outlet, and couple that with the many ways you can watch the games live (either online or on CBC), NBC has to rethink the way they broadcast these games.

But until that day comes….