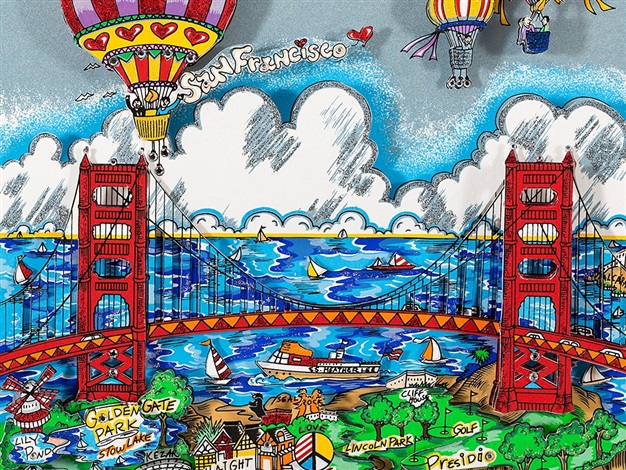 This past weekend I was in San Francisco for a friend’s reunion of sorts.

Now most of you readers see me as a cosmopolitan type; a globetrotter of sorts who gadabouts the world with a fresh martini in one hand, a beautiful exotic woman in the other, and a cigarette dangling from my lips. But this is not the case at all. I really haven’t traveled to many places and have never been to SF before. OK, when I was a kid I was there in 1984 and saw a Lakers vs Warriors game featuring a pre-goggled James Worthy. But I have never been there as an adult and experienced the city in a real way.

So before going I had all these visions and ideas on what was in store for the weekend. The plan was to pretty much wander around downtown SF, bump into some happenin’ areas, and see where the evening took us. I was thinking this may be somewhat scary endeavor. I was imagining downtown SF to be a riotous zoo full of suspicious characters and gender-bending no-goodniks. I thought San Francisco was a decadent place that was built with the spirit of Sodom and Gomorrah in mind; an orgy of malfeasance and debauchery, the likes of which would make Amsterdam blush.

Boy was I wrong.

San Francisco reminded me of…well…a city. The downtown area was very cool with many hot spots and great places to sit down and grab a drink, listen to some music, and enjoy the world. The pier area was fairly tame but populated with on-lookers, the streets were well managed and the walk was pleasant. It felt a lot like a well-dressed Seattle. In other words, the city felt different but in essence very familiar.

This started me to think ‘are all major cities this way?’. I mean is Chicago like Boston which is like Philly which is like SF which is like Seattle which is like….you get the idea. People love to boast that their city is better than others because of this or that, but maybe when it all comes down to it, things are far more the same than they are different. Extending this thought, maybe we are all more similar than different and we should recognize this fact and come together as a people instead of exaggerating the things that make us contrary and divisive?

Eh, not really. Seattle is still way better than all those other cities.

But I still love you San Fran!!! You are a real treat.