I have never understood the interest people have in guns. I guess there is this romantic idea of guns, where you can topple evil doers (ala Ralphie’s dream in A Christmas Story) or the thought that guns were the things used by frontiersmen to conquer the wild outdoors. But to me guns are just….meh.

I always found the ways people justify their love for guns rather odd. Whenever I bring up the fact I am not into them to someone who does like guns, I always strange ‘reasons’ like:

All of that may be true, but that is not enough to galvanize people so much to support the NRA. Collect guns? You can collect bottle caps or baseball cards instead. I used to be a teacher, I don’t collect math textbooks. Instead of a gun for target practice, why not use a laser gun with no bullets? And I think a simple one-shot rifle is good enough to hunt elk, quail, or whatever else you need to kill. But those alternatives don’t jive with many people.

I also find the entire mindset of hardcore gun owners rather perplexing: 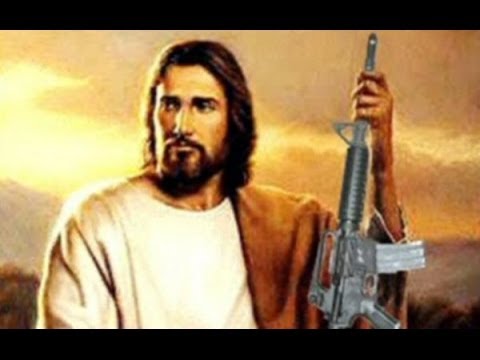 Oh never mind. I can see it now.

‘According to a 2008 RAND Corporation study evaluating the New York Police Department’s firearm training, between 1998 and 2006, the average hit rate during gunfights was just 18 percent. When suspects did not return fire, police officers hit their targets 30 percent of the time.’Read this if you want more: So I guess it is hard to shoot a gun accurately.

Maybe I believe all of this because, as stated earlier, I don’t care so much for guns. I don’t know, maybe that’s true. But I do know a few things:

Oh, there is one more thing I know:

I know nothing I say on here will sway you; you either agree with me and are giving me a virtual high-five right now, or you are irate at this and want to yell some sense into me (if so, just relax and read the Panda article, it is sort of funny). So I know everything stated in here is somewhat in vain.

But just do me one favor…

Do this one simple thought experiment.

You are eating at a restaurant. A man walks in; looks normal and dressed casual but he is a stranger to you. He has a gun, non-concealed and perfectly legal, hanging off his belt. Do you feel more safe or less safe? And why?