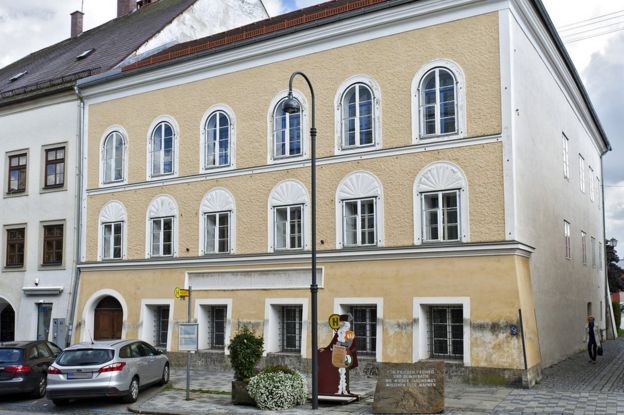 Ever seen this house before? If the answer is ‘yes’, that means one of two things:

Apparently that picture above is where Hitler was born. And it is still is up.

The Austrian government wants to tear it down because….well….it was Hitler’s house. But old Gerlinde Pommer will not sell.

Things are getting testy around ye olde Pommer estate because it is being used as a sort of shrine for neo-Nazis to visit. This is the major issue for the Austrian government; this cult following of Hitler still exists and like moth to flame, they go trolling around this site and drool over it like their messiah is going to poke his head out and say ‘Heil me’.

I think the oddest thing about this story is how Gerlinde actually got the deed to this place. First off, it used to be a place to house disabled people, ohhhh the irony. Secondly, you would think all of this would have been destroyed years ago. I mean Germany still doesn’t know how to integrate 1935-1950 into their history books. All the while, Austria is buying and selling Hitler related real estate. Sort of lame if you ask me.

Anyway, Gerlinde the historian will probably die soon and once that happens, Austria will probably raze the place or turn it into a frogurt hut. Either way, the world is all waiting for her imminent death.