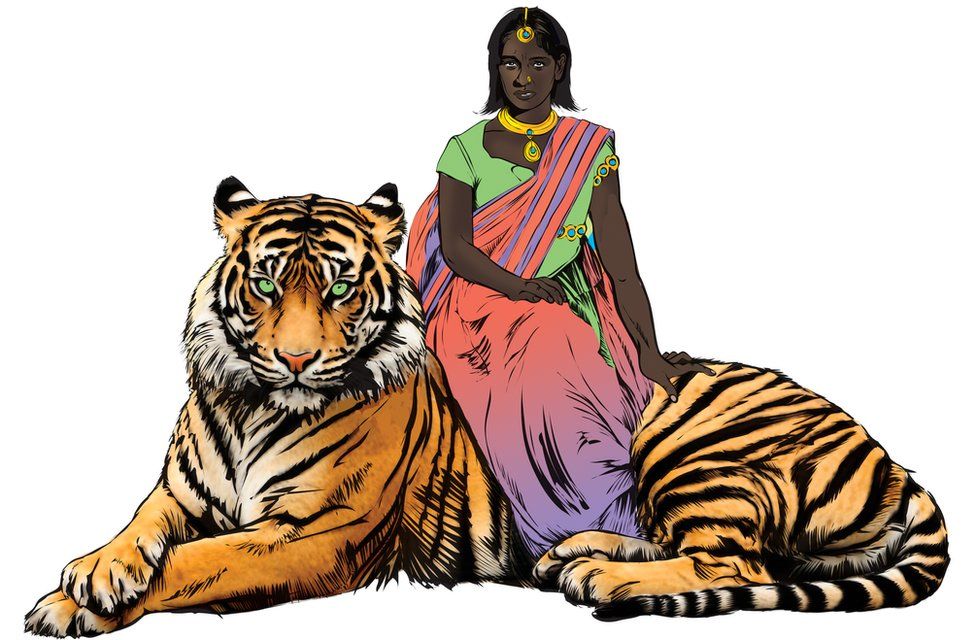 Great news everyone!!! Priya Shakti is back in a brand new comic series!! About time, huh?

For those who don’t know who Priya is, and I assume that included everyone outside of India, she is a comic book hero of Indian descent who rides a tiger and fights bad guys.

Oh yeah, she is a survivor of being gang raped by her fellow villagers.

Yes, she was gang raped. And not only that, when she told of this account to her family, they shunned her and said she brought shame to the family. Even fellow villagers blamed her, saying she brought it on herself.

What the hell is going on in India? I know it is only a comic book, but that cannot be a plausible situation; being gang raped then in turn being blamed for it.

Anyway, don’t worry. Obviously the Goddess Parvati enters Priya’s body and she exacts her revenge eventually (when the second gang rape was attempted), so there was a happy ending to this story. But damn!!

So Priya’s second adventure is of a lighter issue; acid attacks.

Acid attacks? What are those? Well, it is when someone throws acid in someone’s face to disfigure them.

I know, I know. Apparently this is a thing in certain places. Thousands of women are victims of this type of attack.

It turns out Priya is a wildly popular figure in India and these tales of tragedy and triumph are award-winning comic books. They are meant to empower women in a culture where women don’t have much say and to educate the masses (according to the article, the aim is on teenage boys) that these types of evils exist and actually happen in the world.

I find it interesting that the most successful graphic novel hero in India is a woman and the stories are written with a social purpose. I find it even more interesting how ‘graphic’ the subject matter is.

I am not sure if American is ready for a social-conscious graphic novel with a sort of moral at the end. Sure, our superheroes here fight evil and destroy things, but it feels very cartoonish and unreal. I thumbed through the Priya comic and…well…it is certainly different. I think in America we like our entertainment to be more of an escape from harsh reality.

Regardless, Priya is certainly hardcore and let us all hope she and Partavi stop these acid attacks, which I still can’t believe is a real thing.