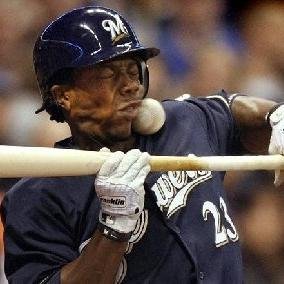 I don’t get baseball. Now I like baseball as much as the next guy, as long as that guy likes football and basketball more. But I don’t get the rules of engagement.

I see a guy attempting a bunt down 0-2 in the 7th inning during a possible no-hitter, I think that looks ok; trying to get on base for the team. But nooooooo, ‘you can’t bunt during a no-hit bid, that’s not legit’, says some baseball insider. A guy hits a home run during the playoffs and is happy so he flips his bat up; seems reasonable to me. But nooooooo, ‘you can’t show up the other side, that’s a disgrace’, says another baseball old-timer. I see a hitter get angry because he gets intentionally beaned; well once again that makes sense to me that a man would get mad about being in pain. But noooooo, ‘this is due, because you see he slid legally into the shortstop a year ago, this is payba…’

NO! NO NO NO! I call shenanigans on this one. You don’t get that one. I know there are all of these shitty ‘unwritten’ rules in baseball that change based on the point of view, but you Mr. old-time baseball guy don’t get to interpret all those rules for me without resistance.

Baseball has the least amount on in-game contact of the 4 major sports, and that is by design. This is a game of skill and precision, not a game of pure athletic ability or brute strength. In other words, people don’t collide into each other routinely. So why is it allowed that a pitcher, a man who can throw a ball that could murder someone or at least kill their career (just ask Tony Cogniliaro, Ernie Banks, Dickie Thon, etc), is not just allowed, but supposed to hit other guys just because there is a difference of opinion on the ambiguous laws of etiquette.

Think about it; does the punishment fit the crime if the crime was watching a home run ball 4 seconds more than usual if the punishment is physical pain? Othere than Adrian Peterson, I like to think people are not as sadistic.

I have an idea, if a team is really really mad at another guy because he hit a home run, why doesn’t that angry team send their biggest guy and punch him in the back as hard as he can. You get about the same result and you are not risking the possibility of a head shot. Sounds reasonable to me. But I know that won’t fly, we can’t bear the image of a guy exerting that display of violence upon another.

Remember when Suh kicked that Packer guy? Remember the extra shoves of Super Bowl 49? Remember when Barkley try to fight Shaq? Remember Van Gundy hanging onto Ewing to prevent more fighting? All of these instances were called classless and violent, yet no one ever got nearly as hurt as any batter taking a ball in the ribs.

Baseball needs to stop this culture of hitting batters until something really bad happens. Pitchers that are butthurt about their shitty pitching get to physcially maim other players without any sort of retaliation (sort of like a coward yelling insults at someone from a distance and running) should never be part of the ‘unwritten’ rules. I know the semi-mindful spewings of this guy will not change that, but not if but when a player gets hit and loses vision and a career of this crap, maybe the MLB will rethink their ‘code of honor’.