I think there is a law where every boy from ages 10-14 has to LOVE pro wrestling, then immediately grow out of it when you go to high school. Well, this may not be true with some folks down at the trailer park, but for the majority of males, we see the utter silliness of pro wrestling. I am not ashamed of loving the WWF (before it was the WWE) for a time. In fact I wish I still enjoyed the macho soap opera that is professional wrestling. But after seeing it again with adult eyes, it is really really really stupid. 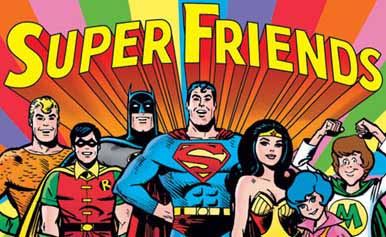 My introduction to the world of super heroes was through this watered-down visualization of Hanna-Barbera of DC Comics. I remember their adventures being epic and fun, with some of the imagery still etched in my brain. I was always skeptical of the Wonder Twins (turning into water and a pail to douse someone? Completely not maximizing their power to….CHANGE INTO DIFFERENT THINGS!!!), but remember the show fondly. Not any more. I have seen recently this show via reruns, and….well…..ouch. The adventure where they battle with a genie in ancient Arabia? Yeah, not so cool anymore. The one where Superman has to go to the sun in his ‘flying machine’ with fists on the side? Wow, so lame. Ever since I was 4 years old, I have loved sports. I have time stamped moments of my life via sports. First Super Bowl I watched: 1982 strike season where Washington ripped the Dolphins pre-Marino with John Riggins running through the Miami D-line like a diesel. A childhood vacation to Denver: 1984 Summer Olympics in LA where Carl Lewis owned the world. Anyway, even though I liked that stuff early in life, my decision making on who to root for was not quite as sophisticated. Being in Tucson, there were no local teams to cheer on, so I picked the Raiders…the Los Angeles Raiders. Why? Simple. I liked their uniforms. Bad idea. Yes, they won the 1983 Super Bowl, but they really are not a fun team to pull for. I have long since abandoned them for many upon many reasons, but that does not mask the shame I still have for ever pulling for them to win. 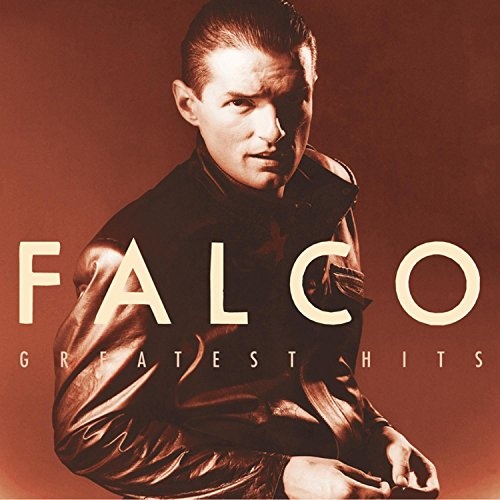 Remember Falco? Probably not. Remember ‘Rock Me Amadeus’? OK, that was Falco. Falco was a Euro-pop one-hit wonder in the states that is responsible for the first album I ever owned. Yeah, my first album I owned was nothing cool like Zeppelin, the Stones, or even Poison. It was Falco. And looking back at this purchase, it really was not a wise one. He did have one other song, ‘Vienna Calling’, that gained some air play. But let’s be serious; Falco is a one-hit man. And I fell for it. 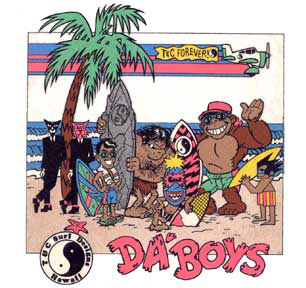 T&C Surf Designs was the rage at my elementary school in the mid 80s. There was a little yin/yang in the front of the shirt and on the back was a big display of one of those characters from the T&C universe doing something really cool. Why were these shirts so popular? I mean these little cartoon guys with surf boards and skating stuff is rooted in nothing tangible. I mean there is no comic book series or TV show (yes, they made a Nintendo game for it, but that is about it), why did we all need these posers on our back? Because we were kids; dumb stupid kids who have no taste or feel for marketing strategies targeted at us. 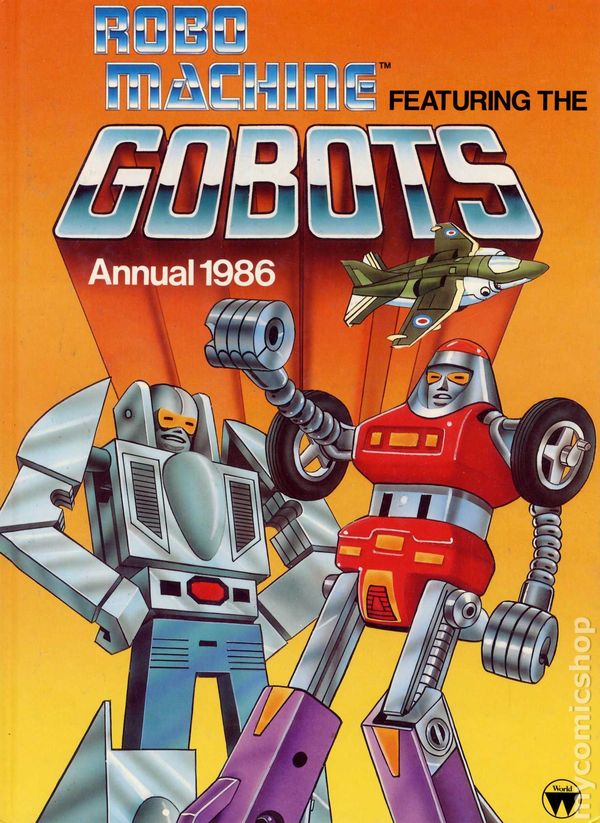 It is funny how things can come out at the same time; VHS vs Beta, The Prestige vs The Illusionist, Newton vs Leibniz, Sega vs Nintendo, and Go-Bots vs Transformers. You may not remember Go-Bots, but they were the smaller Tonka version of the bigger Hasbro Transformers. All the kids at the time really liked the idea of toys that are a car and a robot, it was like two toys in one!! But which one of these franchises was going to last. Which one…..hmmmm. Well, I bet on Go-Bots, and I have dozens of these guys to prove it. Even though the jury is still out which toy line is more successful, I have a gut feeling I bet on the wrong pony in this race.

When I saw Return of the Jedi at the theater, I walked out completely in love with that entire film. Luke in black Jedi garb, those scarlet guardians of the Emperor, the Sarlaack, everything about that movie was kick-ass. But what I liked the best were the little furry natives of Endor, the Ewoks. They seemed so fun and cuddly, what young kid would not want one to be their best friend? Well, as an adult, these Ewoks have aged about as well as those bad guys in Indiana Jones in the Last Crusade when they drank out of the wrong Holy Grail. The Ewoks just don’t fit; they are too cute, they are too cuddly, and the fact they were able to defeat an entire siege by the Stormtroopers with rocks and spears further shows how worthless the Stormtroopers are to the cause of the Empire.

I loved the Smurfs. I was well aware at the time that their existence within the narrative constraints still made no sense; a town of exactly 100 male smurfs and one female, which was created by Gargamel to lure the Smurfs to his domain to make them into gold coins (8 Smurfs=1 gold coin), and the only way a new Smurf was introduced into their exclusive village was on a Blue Moon where a stork drops by and poops out a baby Smurf? Yeah, a bit weird. But I was on board. I was even OK with their liberal use of the word ‘Smurfy’ to describe all things in a various amount of ways. I liked the fact that every Smurf had a ‘thing’; Vanity Smurf, Clumsy Smurf (so annoying), Brainy Smurf (I hated that one), Handy Smurf (I didn’t like him either), Hefty Smurf, Jokey Smurf (that guy was an ass), and the red-britched Papa Smurf (who was older than the rest, not sure why)…..kind of think of it, I am not sure I liked these guys at all. Anyway, what was a cute fanciful world of little blue guys running around in Medieval Belgium to a kid like me has now morphed into…well…a pretty silly idea. Maybe I am being too hard in the Smurfs, I mean I am sure that middle-aged men are not the targeted demographic for the Smurfs. But then there is the movie; the one with Neil Patrick Harris. And all of the sudden I don’t seem to be too hard of these guys, huh? 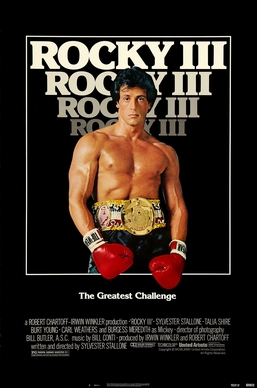 I saw this stupid movie more than any other as a kid. Not Star Wars, not Raiders of the Lost Ark, not even the original Rocky. I watched Rocky III a lot. Some of this was due to the fact that this was the early days of movie rentals, and not every movie was on board with the idea of mass-producing their product for home consumption (silly to think that was the case, but tis true). George Lucas was not on board, Disney was definitely not on board, but the good people who made Rocky III certainly were. Pioneers of a generation, huh? Anyway, I loved the movie as kid.’Eye of the Tiger’ was my personal mantra. I loved when Rocky and Apollo raced on the beach and later fought (‘ding, ding’). I even loved Mr. T. But now looking back at this film, I pity the fool…..and the fool was I. All the previous selections on this list are actually not that bad; I mean by modern-day adult standards they are all sort of silly, but for their time and for the target audience it was understandable. Well, maybe except for Falco. But Scooby-Doo is…well….just really really really really really dumb. I would even maintain that the fact that this mystery-solving gang that consists of two young women, a oddly fey man wearing an ascot, a stoner, and a sort-of talking dog was not the stupidest part. I also would maintain that the stupidest part was not the fact all the mysteries were very weird and in many cases it took multiple unmaskings to reveal the true criminal. The stupidest part of the show was the integration of celebrities into some of the episodes. There were the Global Troopers, there was Dick van Dyke, there was Jonathan Winters, there was Don Adams, there was Batman and Robin, there was Laurel and Hardy….wait, wait, wait…..this just doesn’t make any sense. Other than the fact that no 8-year old knew who Don Adams was, the creators were not even consistent with the celebrities they chose; alive or dead, fictional or real, it didn’t matter. All of this didn’t make a lick of sense. And to top it all off, there was Scooby Dum and Scrappy Doo, two of the worst characters any one could possibly dream up. Sorry folks, I know we all watched Scooby-Doo at some point in our lives, but really…..this show was really really really really really really stupid.

Side note: Note the way Hanna-Barbera has polluted much of this list. Yeah, I know. They suck