To start off this list, let me flex my Tolkien bias and throw in the Hobbit. All three films. As one film. Yeah, yeah, whatever. I have been on this merry-go-round before; one long story split into three parts and was storyboard in one sitting, unlike other sequels. Anyway, I am well aware that the Hobbit series is not as grand or amazing as LOTR. I also understand most people didn’t even like it all that much. But hey!! This is MY list, not yours. I don’t feel the need to explain myself to you. Also I love Middle-Earth and any movie that takes me back there is one I have to include in a top 10 list. George Clooney has an effortless charisma that exudes through the screen in every movie he is in. A sort of modern-day Cary Grant. The Descendants is my favorite one of his films because it is not as straight forward as ‘handsome man gets into hi jinx, action ensues’. This is a movie that challenges the viewer emotionally with a situation that we all can relate to about love (obviously most of us have not exactly experienced a loved one in coma that turned out to cheat on you). Alexander Payne is a fantastic director who has a way of hitting the right emotion chords without beating the audience to death with overly-done pap.

You cannot leave off a Pixar film from this list; the most successful movie-to-hit ratio in the biz. Toy Story 3 is a perfect ending to the groundbreaking series started over 15 years ago. Sometimes these sequel films that come out so late miss their mark; the story’s time is over and we all have moved on. But not Toy Story 3, arguably the best one of the series. It makes us laugh, cry, cringe, value friendship, happy, sad, and just…..feel. This relatable romp is for all ages and is truly one of the best animated movies ever made.

7. War for the Planet of the Apes

I put the final installment on this list, but any of the three will do. The neo-Planet of the Apes trilogy is so expertly crafted, wildly entertaining, and extremely timely (considering the current state of affairs in the US), it is surprise to us all how good this was. I think the third one is the best, mainly because it is slightly more ambitious than the other two and wraps such a pretty bow on this series (something that is not easy to do). These movies have everything; action, suspense, social commentary, and challenging scenarios that have no clear cut answer. Oh yeah, also has talking apes. Always cool. Before seeing Moonlight, I thought this movie was going to be some coming-of-age schlock that plays on a guilty audience. Boy was I wrong! This is a masterpiece. It tells the story of a boy turning into a man…..well maybe there is some coming-of-age things to it. But trust me, this movie has more raw human emotion than any story written by Nicholas Sparks or Nora Roberts. The feelings are real in this film, and very relatable, even if you were not born in a ghetto inside Miami. There is no overt manipulation, there is no ‘hamming it up’ to illicit some audience response. It is a mature artistic work built on something real, or at least feels real. I wish more movies were like this. 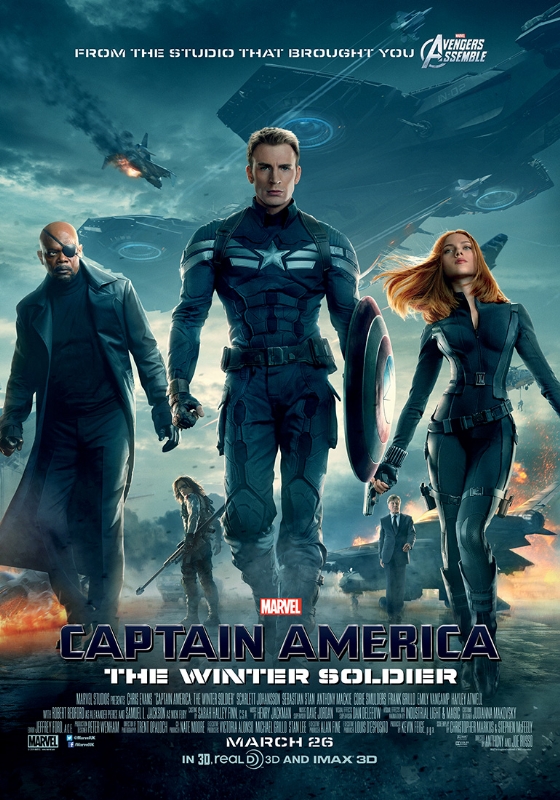 Much like the Planet of the Apes, you could insert Captain America: Civil War in there instead. But I went with this one because this sequel to the origin story of Captain America takes the entire series to another level of quality. Yes, this movie is one of those popcorn films; filled with thrills and spills. There are many great set pieces in this movie , like all super hero films, but what sets this one apart from the rest is the plot. It is intricate, thoughtful, and very engaging. This is not a simple good guy vs bad guy movie. This is a bigger film than that. Sometimes superhero films seem just plain silly; I mean it is a SUPER-HERO who dwells in fantasy land for nerds to chat about. But somehow this movie avoids that inherent silliness and launched the the best current day superhero movies around. I absolutely love this movie. Talk about rewatchability! I can see this thing over and over again and still be entertained. This movie has the perfect tone; it is funny without being mean, it has fun-to-like characters without being heavy handed, and it is just sooooo witty beyond belief. Whoever is writing these Lego movies (and video games for that matter) should be headhunted for network TV. I am not sure if the future Lego films will be as good as this one (and the Batman one), maybe it is impossible to continue at this level. But wow! There is nothing to dislike about this movie. At all.

This movie is still being talked about; was it good, was it bad, was it too ambitious for its own good, why was Matt Damon in this thing at all? All valid questions. But here are my answers; it was not good….it was very good, it was NOT too ambitious and in fact I bet this movie will still be relevant in 20 years time, and I am not sure why Matt Damon had to be in it. Interstellar is big, fat, lesson into theoretical physics and the concept of multi-dimension space. Wow! If you ever wanted to be challenged as a viewer……. Anyway, the movie was epic, thrilling, emotional, sometimes messy, very confusing, but very very good. It serves as a companion piece to 2001 yet is the exact opposite in other ways. 2001 is light on the sci-fi logic but big on the existential questions and had hardly any human emotion (in fact the most human character was HAL). Interstellar was heavy on the sci-fi yet was as human-centered and emotional as any drama I have seen.

I have seen a lot of movies in my life. I bet you have as well. Heck, everyone has seen a lot of movies. So it is rare to go to a movie theater and leave it thinking you have seen something new or original. Well, that happened to me when I left Mad Max. Holy cow!!! I have never seen anything like that in my life!! I walked out in complete awe and disbelief. What a rush! A complete adrenaline rush. From beginning to end, there is non-stop action. And not that stupid crappy action you get from hacks like Michael Bay. I am talking good action that keeps you on the edge of your seat for 2 hours. But this movie is more than just action. The visuals are striking. This post-apocalyptic world is grotesque yet beautiful in its weird way. The female lead was not some forced Mary Sue Hollywood throws at you. She is Furiosa, and pretty much the baddest of the bad when it comes to female protagonists. And finally at the end, Max and Furiosa did not fall in love or anything trite like that. They had a deep respect for each as Max faded away in the crowd. Every moment of this movie was awesome. Every scene was a work of violent art. And everything about this film is what a film should be. To quote my mom, if you don’t like this movie, then you don’t like movies.

‘He said you had a story that would make me believe in God.’

Anyone who knows me (which is you I guess) knows that I am not the spiritual type. Sure, the discussion of ‘why are we here’ and ‘is there a God’ always is good fodder for a late night chat, but I would not say this is my area of expertise. But Life of Pi makes me re-evaluate everything I believe. Yes, this movie is that profound, that deep, that thought-provoking for me. The movie is beautifully shot, well paced, and reminds you that it feels good to be alive. Oh no, it is far from preachy and heavy-handed. Quite the contrary. It does not force any ideology on you. In fact that is the entire internal struggle Pi has throughout the story. And although that inner-turmoil of which religious path is the ‘right’ one, so many other observations come to light as he journies alone in the ocean. Some good, some bad, but all thorough.