To start off this, let’s go to a band that was one of my favorites growing up; Stone Temple Pilots. I remember I was the first one in high school to buy their album after I heard their first release ‘Sex Type Thing’. Then after ‘Plush’ was released, everyone followed suit. People didn’t buy in to Chumbawamba the same way I did….well you miss some as well. Anyway, Scott Weiland is strong and charismatic frontman that became the face of STP. Alas, like most great frontmen, he died in a pool of his own vomit. Or was it someone else’s vomit. No one really knows for sure. 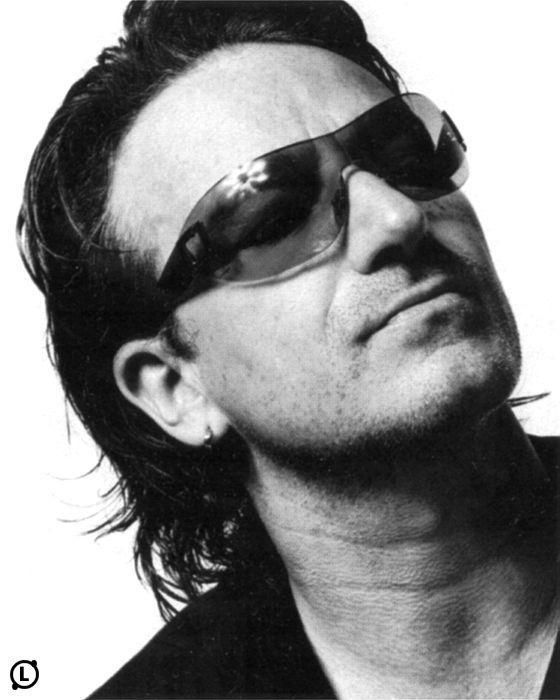 Love him for his philanthropy, or hate him for his pretentiousness, you have to respect Bono as a frontman for the biggest thing to come out of Ireland since the potato. Bono is an iconic figure in music and has been for multiple decades. In some ways in more relevant in this world now more than he ever was when cutting records with U2. Even my parents know who Bono is, and they probably can’t name one of U2’s songs.

Chris Cornell is not the most notable frontman on this list. Soundgarden is a huge group for people my age, but people under 25 and over 50 may not know who they are. His recent death brought some more attention to him. But not sure outside of Seattle if he is considered one of the great frontmen. But he should be. Mainly because he has the best voice (or close to it) out of everyone on here. His range is epic and the purity of his vocal tone is on point. He didn’t strut around as much as some of the other names on here, but his talent is second to none. Every legendary band has a legendary frontman. Typically that frontman is the most famous guy in the group. Not so much in The Who’s case. Yes, Roger Daltry was a fine singer who made all the ladies swoon. Heck, he was also starred in a movie as well. But for some reason Pete Townsend was regarded as the heart and soul of The Who. Maybe it is because Pete wrote all the songs. Anyway, this is not a normal thing for a band to be represented mostly by the lead guitarist, so this puts down Roger a notch on the list. But Roger still captured that 70’s wild rock charisma.

Honestly, I am not a huge fan of Bruce. I am not from the East Coast, I don’t own any of his albums, and he sounds like he has a Clydesdale in his throat. His stuff is pretty good, but his music is not heavily featured in my playlist. However there is no question how idolized he is universally in the music world. Everyone loves the guy. Apparently he is working all the time, puts on impromptu shows in small venues, and is generally one for the people. also the guy has been playing for literally 50 years. Who can’t appreciate that?

Now this guy is just a huge ass. Nobody, and I mean literally nobody, likes this guy at all. Also he really can’t even sing all that well. Oh yeah, and I am not even that big of a Van Halen guy. So why is he on this list? Because the man can front. There is no denying that. In fact it is the only reason why people have tolerated this guy for so long. David Lee WITH Van Halen is an iconic band that would have gone down in history as the most important group of the 80’s. Without David Lee, well, they are good but their live performance punch is lost. David Lee tried to kick it solo, but it was very soon realized that much like Will Ferrell, a little goes a long way. But I’ll tell you, if your band ever needs a frontman for a show, there is not much better than hiring on David Lee Roth. But just for one night. 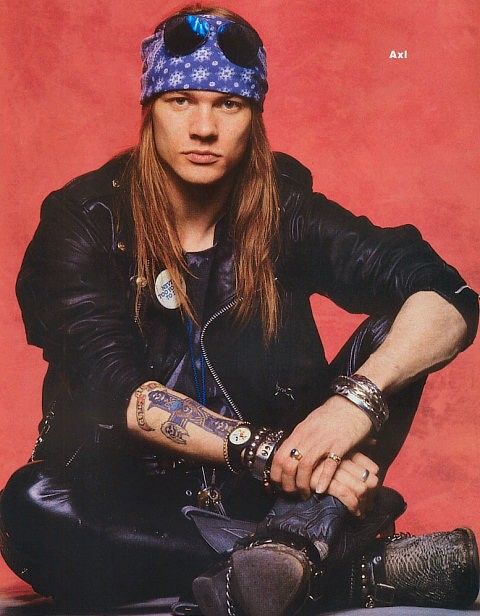 After David Lee Roth was kicked to the curb in the mid 80’s, Axl came around and assumed the mantle of ‘biggest canoe of rock’. Again a man no one liked but every girl loved, Axl burned just about every bridge this side of the River Kwai. Like most talented folks, there is a high tolerance for him and his antics. But like all things, there is only so much one can take. During the 1992 Metallica/Guns N’ Roses mega-tour, Axl bounced out of many tour stops. Yeah, you can’t do that. Not even the most charismatic of all rock singers can simply bow out whenever he wants. Ever since that tour, Axl and his legacy has never been the same. In fact he is now more of an object of ridicule than a deified rock god. So why so high on this list? Because for a time there, he was awesome. Not easy to admit, but he just was. 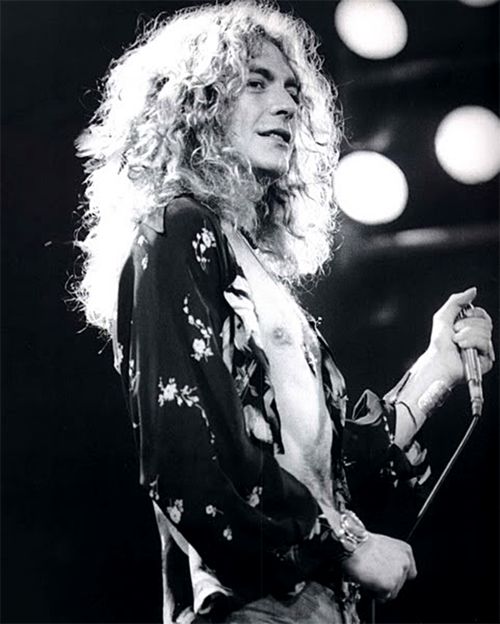 Now how can the greatest rock group of all time not be represented on this list? Led Zeppelin is the heart and soul of modern day hard rock, with their heavy drum beats, electric blues riffs, and a frontman who brings all of the sounds together with his voice. Robert Plant has that 70’s charisma that Roger Daltry had, but with a better band. Zeppelin’s catalogue is so vast and varied that no one can dispute their stamp on all varieties of rock as we know it. And the reason why they can be so varied with their sound is because of Robert’s voice. It can be strong, or sweet, or primal; can be primary to the sound or be more of a background importance. So why not #1? Well, maybe it is like penalizing Joe Montana for being on a well-coached team, but Robert is not the on;y reason why Zeppelin kicks so much ass. Every piece to this group pulls its weight. Would Robert be as iconic in another situation? Hard to tell. But Robert is not the most famous frontman of all time (as you will see with #2 and #1 on this list), and there may be a reason for that.

Yeah, I told you there are more famous frontmen than Robert Plant. Mick Jagger may be the alpha and omega of frontmen. He came before all of these goofs on the list, and he has outlasted all of them as well (well, except Bruce). How can you not have Mick in the top couple of frontmen? Granted, although I consider myself a Stones fan, I don’t celebrate their work nearly as much as some of the other groups on here. But there is no disputing the influence Mick has had on the role of a frontman at a rock and roll concert. He struts around like a hyper-sexed yet androgynous peacock on stage, singing in his gravelly yet compelling voice, about sleeping with women who are 100x better looking than anyone he could ever attract yet he does attract these women. Yes, everything about Mick is a contradiction. Even the name ‘Rolling Stones’. Wait! Stones don’t roll. They are stagnant and boring, much like this analogy. Anyway, Mick is pretty damn awesome and well deserves to be so high on this list. Yet he is not #1…………..

Yes, #1 on this list is the quintessential frontman of rock; Freddie Mercury. Sure, some of his songs are simply not good (see ‘Bicycle’, ‘My Baby Does Me’, ‘Pain is So Close to Pleasure’, ‘A Kind of Magic’, ‘Cool Cat’…I better stop before I start rethinking my rank), but the reason why any of those songs are bad is not because of him. He is not a product of Queen; Queen is a product of him. Freddie has the strongest voice on this list (sorry Chris Cornell), he has the best range, and he can sing different types of songs better than anyone else here. And that is just his voice. His stage presence is…well…phenomenal. Obviously I have never, or will ever, see him perform live, but even recordings of his concerts leave you knowing he was something special. His confidence and charisma oozes out of every pore like sweat out of a catholic priest who takes the stand. When he is on stage, there is no one else. Everyone is focused on him and what he is doing. He is the Daniel Day-Lewis of frontmen. He is exactly what every frontman aspires to be and what no frontman, past or present, has achieved.