Note: You can listen to all of these songs if you click to title, although I am not sure if that is a good idea. 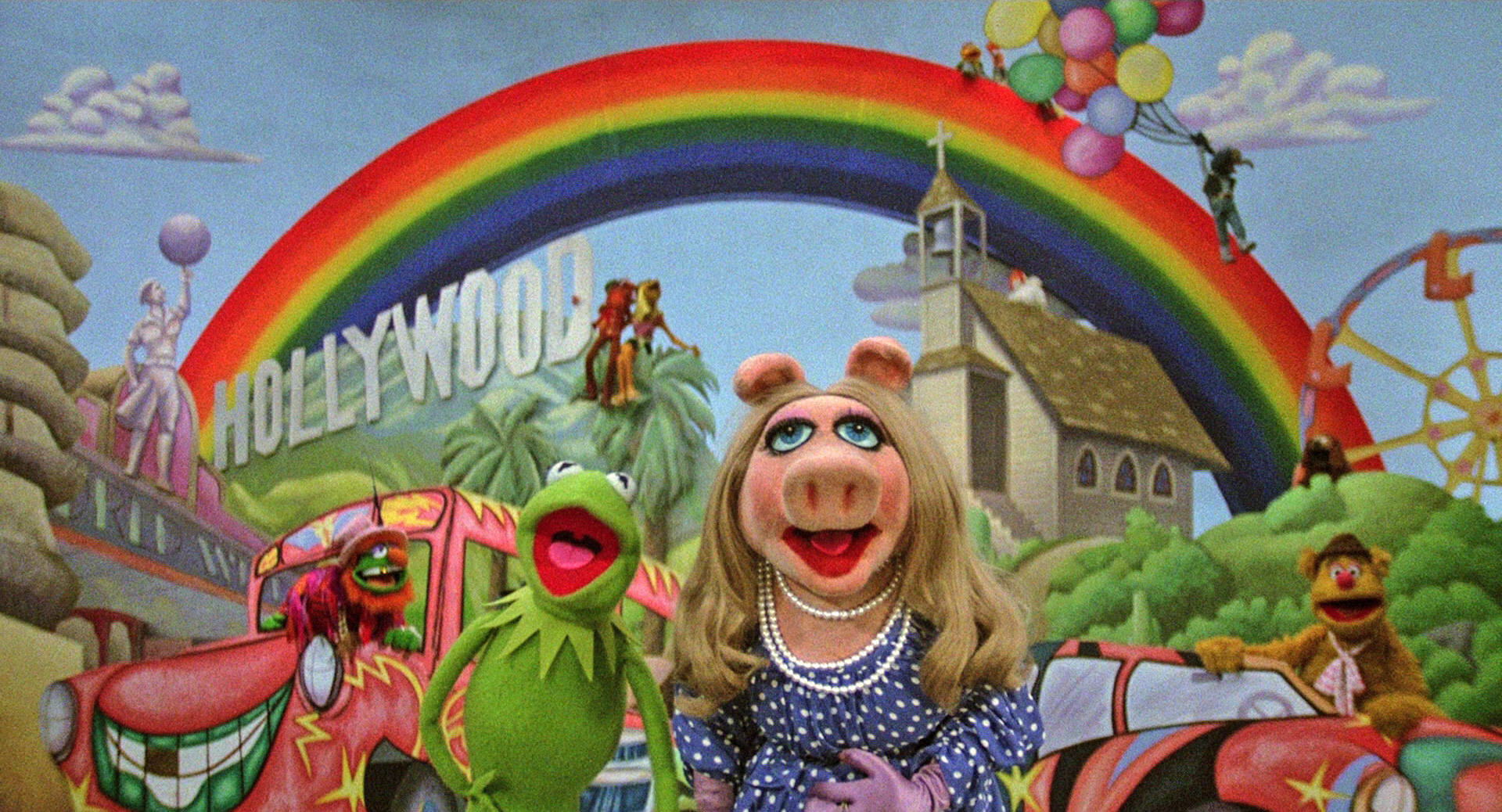 I’m not sure if this one belongs on the list. I mean it is such a good song and brings back many memories. Jim Henson was a true creative talent; composer, director, and master puppeteer (or should I say ‘muppeteer’?). Rainbow Connection is a song of hope and belief. So yes, it is a children’s song and probably the prime reason why I placed it on this list. But fuck me for doing it! Bad call Spew. Another song I am not sure I should be ashamed of. I mean when I first heard this song from 1992, I thought they wrote it for me. I don’t think I have ever related to a song more closely than this one. And ever since its release, no other song has paralleled my life so closely as ‘I’m Too Sexy’. I know it is a one-hit wonder song and some feel this song is just too goofy and inane to be on any playlist. But you what? I’m too sexy for that argument.

Yes, the original classic by Guns N’ Roses is NOT on my playlist, yet this bastardized Sheryl Crow version is. How can this be the case? Well, I ran out of room on my iPod to put on Appetite For Destruction, so I just let it be. Anyway, the Sheryl Crow version is not that bad…….but it sort of is. The end of the song is very weak and I always skip that part when it randomly plays. I really should fix this issue and at least put on the original, awesome, version of the song. But in order to do that I have to find the CD, dig it out of some box, find a computer with a CD player, burn it on there…..never mind. I think I’ll pass. 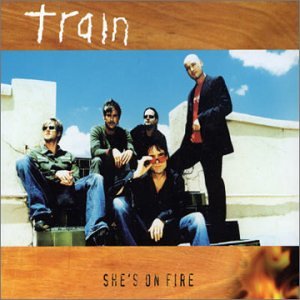 OK, this song just plain sucks and I have no idea how it made it on my iPod when I bought it 10 years ago. Train sucks. I always knew this. I don’t own any of their CDs. How in the world did I ever get this song on my computer in the first place? I really don’t know. I mean I always had ears, when did I ever deem it acceptable for me to burn a copy of this song and then upload it to my playlist? Sigh. I think maybe the song came with the iPod; the only way Train could market this shit song was by burying this dredge in 2005 blue iPods presale.

No matter what you think of Celine Dion, you have to admit that French Canadian can sing. And sing well. I like her and her overbearing, opposite-of-subtle songs she belts out. No, I don’t listen to it all day, in fact I think I’m good for one song a week from her. The emotional tidal wave of her music is too much for me to handle in large doses. ‘I’m Alive’ is a little more understated and I think it is a nice lilt. But there is no question that I am embarrassed as hell that I have this song on my playlist, or any Celine song for that matter. I guess society is not ready for a man to enjoy the tunes of Lady Dion….unless you are gay.

TV themes can be cool; Rockford Files, Bob Newhart Show, Games of Thrones, etc. But I think putting one of them on your iPod is sort of lame. And that is exactly what I did with the Law and Order theme. I remember this: I found the extended version on Limewire (dates the whole process, huh), ripped it, and stuck it in my iPod. I may have contacted a computer virus in the process (Limewire has more diseases than Vince Neil), so not sure if it was worth it. At the time, sure, I like the song. But now, well, I think someone in Kazakhstan may have my Social Security Number.

Another cover song, but this one is actually better than the original. Well, at least it is close to as good. I like ‘Sailing’, and so did 1980 when Christopher Cross won about every Grammy you can win. I don’t think enjoying a peaceful getaway via the soft sounds of ‘Sailing’ is the bad part. I think a grown man having any N’Sync song on their playlist isthe bad part. In my defense, at least it is a reasonable rendition that Mr. Cross would be proud of. But not in my defense, it still is a teenie bopper band from the 90’s that made it on the iPod. 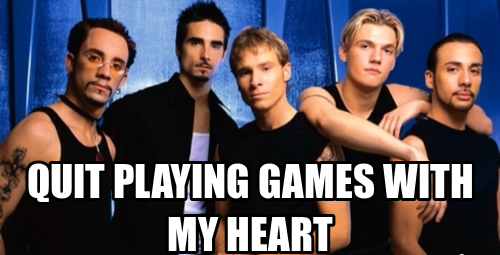 Oh no!!! Am I serious? Another boy band song made the list. Alas, it is true, not only do I have an N’Sync song, but I also have a Backstreet Boys song. And this one is an original work. Although I actually like this song, I am sure the target audience for ‘Quit Playing Games’ is not curmudgeoned middle-aged men. But guess what Backstreet Boys, it turns out your demographic is a bit wider than you thought. Even though I maintain that this is a fun and light-hearted song that has a good feel to it, this fact about me never impresses the ladies. Maybe I should keep it to myself…… Barry Manilow, the singer that every man, woman, and child is embarrassed to like. When interviewed, he seems like a very nice and humble man, almost apologetic about his ‘work’. His songs are so schmaltzy and wickedly sweet, you get diabetes from just listening to ‘I Write the Songs’.

I think the worst part about ‘Mandy’ being on my playlist is not that it is Barry Manilow so much as this is not even close to the best Barry has to offer. ‘Mandy’ is sort of a dumb song, and by ‘sort of dumb’ I mean ‘really dumb’. I don’t even like the song. Every time it comes on, I skip it. So I really don’t get the full ‘Mandy’ experience. I get nothing out of having this song other than the shame that this pap is still lingering around my iPod ready to randomly strike again when I least expect it.

1. Arthur’s Theme (Best That You Can Do): Christopher Cross

I remember at one point in my life, I liked this song. It has a retro feel to it and is unoffensive to the ears. But here is the issue; I usually use my iPod when I work out. There are some lifts that are more dangerous than others (such as the bench press), and when you put a lot of weight on, you have to concentrate. I swear, every time I am in the middle of a heavy lift, my iPod skips to a new song, and I start to hear the dinging of a piano and the lines ‘Once in your life you find her…’. I just have to stop my lift and just turn it off. There is nothing more demotivating than hearing ‘When you get caught between the Moon and New York City’ while trying to max out. It is actually quite dangerous. You need Metallica, Slipknot, Manson, hell anything but Christopher fuckin’ Cross crooning about Dudley Moore circa 1980.

I really got to get that out of the playlist. If for anything to save myself from the humiliation of a ton of weight crashing down and killing me, with the sounds of ‘Best That You Can Do’ blaring out of my earbuds.

Not a noble way to go for sure.