Billy Wilder is about as prolific as it comes. He is a director that values quality as much as quantity. I think Billy would make my life story a bit zany, mad-capped, and fun sort of like ‘Some Like It Hot’. Or maybe make my life more tense and enigmatic like ‘Double Indemnity’. Either way, I’, sure in the skilled hands of Billy, he would make my life far more interesting.

Wacky, satirical, and overly violent are the calling cards of Paul Verhoeven. Does that really fit my life? Ehhh, maybe the satirical part. But I think a little bit of wackiness and violence added into my story would do it quite good. Remember in ‘Robocop’ where Peter Weller was shot about 1000 times? Remember in ‘Starship Troopers’ the way all the bugs were just mindlessly slaughtered? Remember in ‘Total Recall’ the lady with 3 boobs? I think I could use some of that stuff in my life story. 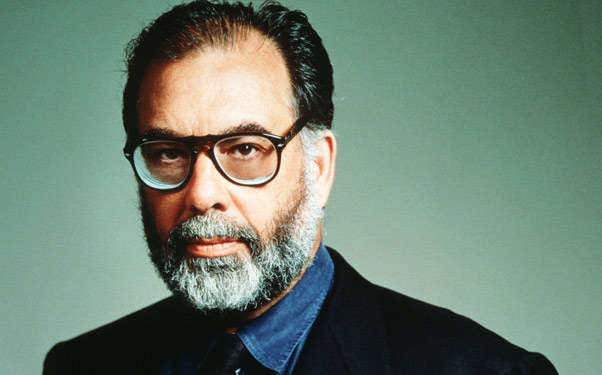 Ahhhh, the man behind ‘The Godfather’ and ‘Apocalypse Now’. Who would not want this guy to direct a story? I mean he made the Puzo novel into a way better film. And even though Conrad’s tale is a classic in itself, Francis modernized it into an American must-see (and Ebert’s favorite movie). He would make my life far more interesting than it is; add some depth, some symbolism, some drama. I think Coppola at his best would do a masterful job of putting my existence on the big screen. Too bad he hasn’t made a good movie in 30 years.

No one has more box-office success than Spielberg. Whether it is adapting book to movie Ala ‘Jaws’, delving into science fiction like ‘ET’ or ‘Close Encounters’, or whether it is writing (or re-writing) history in the case of ‘Lincoln’, ‘Saving Private Ryan’ or ‘Schindler’s List’, there is no doubt Spielberg is diverse and has a knack for the epic. My life is not diverse or epic. Maybe Steven can help with that. Maybe he can get me to befriend an alien during WWII while swimming away from a shark. Sounds like a pretty good film to me. And if he can’t make this happen, well there is always Stephan Spielbergo, the cheap Mexican Equivalent.

PT Anderson makes a movie like every 3 years. I am not sure if that is because he is so picky and exact with his choices, or if he is just plain lazy. But when it comes to his batting average, he is near the top. Sure, there are a few groundouts like ‘Inherent Vice’, but don’t we all? I think no one handles actors better than PT. Look at ‘Punch Drunk Love’, he made Adam Sandler look like a thespian. Look at ‘The Master’, pretty much the entire cast was great. And do I even need to mention ‘Magnolia’, ‘There Will Be Blood’, or ‘Boogie Nights’? Too late, I just did. All contain amazing acting work. So I think PT could cast the character of me, coach him up, and BAM!! You got yourself a performance even I would admire. The kings of the outre, the Coen boys make many movies that vary in tone and scope, but all have their signature off-center aura about them. I do not love all of their work, even ones that others do hold in high esteem, but I guarantee you will get a film that is unique and distinctly theirs. For my story, I would like them to do a ‘No Country For Old Men’ or ‘Inside Llewyn Davis’ thing; very dark, deep, thought provoking, and littered with symbolism. I feel that accurately parallels my life.

PT Anderson may have a great batting average, but probably the batting champ is one Christopher Nolan. I am not sure if he has made a bad film. Sure, some are better than others, but almost every artist of any sort has a few clunkers in there. Not Mr. Nolan. Whether it is him dipping his toe into the comic book realm, the sci-fi genre, or creating an artsy indie flick like ‘Memento’, Nolan nails each and every one of these with precision and intelligence. He is one of the filmmakers that you need to see his stuff more than once to fully understand and appreciate the complexity of his tapestry-esque plots (and yes, I am well aware that ‘tapestry-esque is not a word). I want Christopher to make my life into something that needs to be watched over and over again to fully the depth of my mortal coil. And maybe put a bit of a twist at the end of it all in classic Nolan fashion, like it turns out I was a woman the entire time or the whole thing was a dream. Yeah….that sounds pretty good.

Ang Lee does not have a perfect record. For every ‘Life of Pi’, there is a ‘Hulk’. For every ‘Crouching Tiger’, there is that Woodstock film I can’t even remember. But when Ang connects, he connects big. He has made some of the most beautiful and spellbinding movies in recent time. He has a flair for integrating the visuals with the characters, so it is not just a CG orgy for the eyes or a forced integration of character and effects. His movies can make you weep like a child yet feel invigorated at the same time. That is what I want for my life story; I want you to laugh, cry, and feel the rollercoaster of emotions. Ang can do that for my story. Unless he dishes out another stinker like the ‘Hulk’.

Everything I said about Ang’s ability to make the viewer feel the spectrum of emotion is pretty much the opposite of what Kubrick does. Stanley has the habit of creating an environment so cold and void of emotion, it accents the intellectualism behind the ideas of the film. Obviously his magnum opi ‘2001’ and ‘A Clockwork Orange’ illustrates this clearly. What makes those films great are not warm and emotional characters, rather the cold and distant feel we have from all the players involved. He also has a nasty habit of turning his source material into something completely different, just ask Stephen King. So why would I want this guy ever touching my life story? Well, I think draining the emotional aspect of me is not very hard and would still maintain some consistencies with who I am. But also I would like to see ole’ Stan turn my tale into something different, unique, artsy, and hyper-sophisticated. 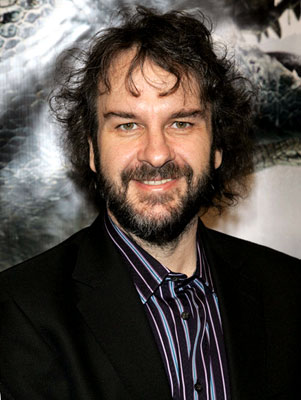 C’mon now, like this was a surprise. Even though I am not sure if I consider Peter Jackson the overall greatest director of all time, I feel like I owe him a debt of gratitude for creating the greatest films of all time. Also, there is no other director in history (this is including Cecil B. DeMille) that can make a spectacle, overinflate a story, make a mountain out of a molehill, and not be apologetic about it all. Yes, Peter is the master of epic story-telling in the modern era, so I think he can do wonders with my bio. Add a few hobbits in there, pair me up with a wizard, give me a quest, throw in a few massive battle scenes, and make it 3 movies long. Yes, Peter can make even my humble existence into a saga that should be retold over the course of time. I think that is ultimately what I want. I think that is what I ultimately what I deserve.