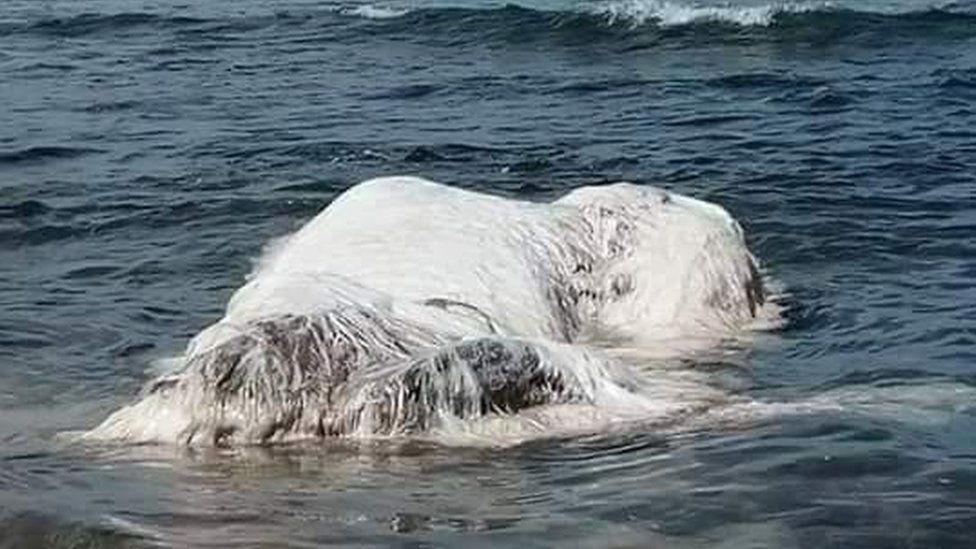 Hey there! It has been awhile since I complied one of these top 10 lists, so let’s start it off with a bang! The globster, or the globinski, is just simply that; a glob. Yes, nothing too fancy to it. Just a glob of whatever that occasionally washes up on shore. But there are a few things that binds all of these seemingly random appearances of the globster; they all sort of look the same (see above) and not even the bestest of the best marine biologists can id these things. Some say these things are octopi, some say they are little whales, and even some say they are a new species all together. Anyway, the main reason why this is in the top 10 is that I like to name; ‘globster’. 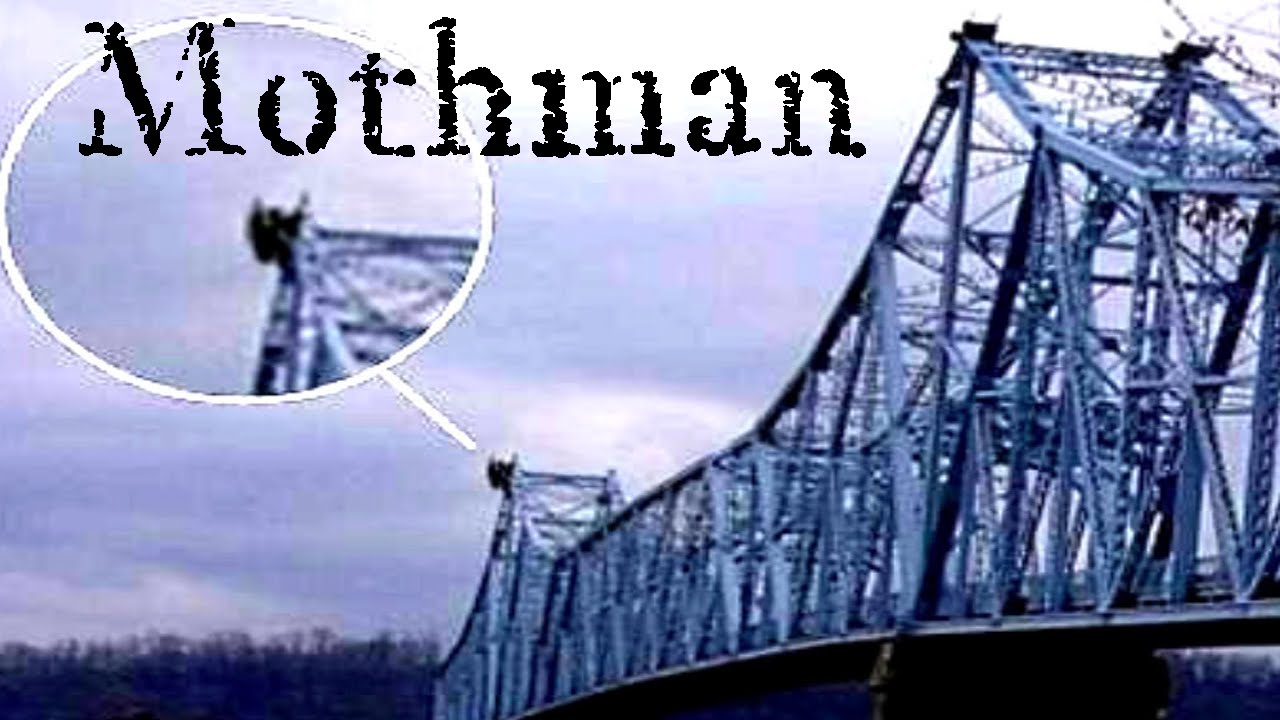 Next up is the Mothman of West Virginia. Yes, the state that voted for Trump because they wanted to save their shitty out-of-date coal jobs also believes there is a half-man, half-moth trolling around rural areas. If there was ever an argument against democracy, this is it. Anyway, the idea of a mothman is pretty cool. It has been made into a movie with Richard Gere, there is a statue of this thing outside Point Pleasant, WV, and even Japan got fascinated with this guy with the development of ‘Mothra’. But really there is nothing to fear. Even if this thing actually existed, all we would have to do to get rid of away is turn on a big bug zapper. 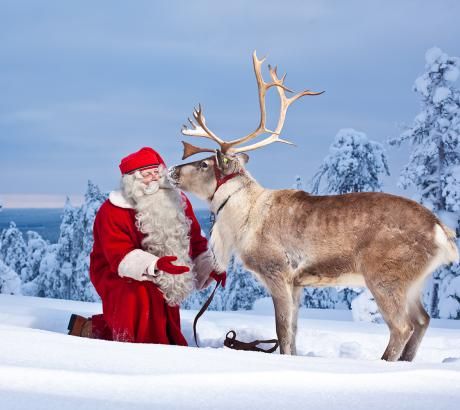 Reindeer have been part of mythology for centuries, mainly involving the creepy kid stalker Santa Claus. Santa, using these critters to fly around at night sneaking in your home, is an absolutely terrifying idea. Luckily for us, this is all a bunch of horsepoo designed to scare children straight. Anyway, the idea of a deer with antlers that big only living in the northern parts of the world is utter nonsense. I have seen these ‘reindeer’ at the zoo, but we all know it is just some deer with horns pasted on their head. I mean really. So fake. 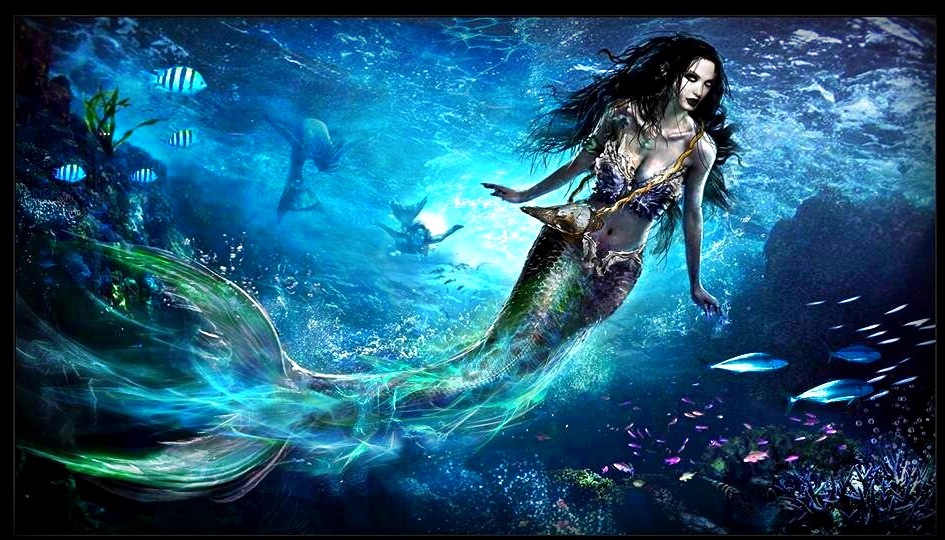 Who doesn’t love a good mermaid story? Especially horny sailors who have been out at sea for months that even find manatees very attractive. Years ago people thought mermaids were actually real. Of course remember people also once thought the world was flat. Anyway, via more maritime exploration and genetic understanding, we now know mermaids are just a bunch of hooey. OR DO WE? A mock-umentary on Animal Planet called ‘Mermaids; the New Evidence’ aired about 8 years ago and actually convinced some people that there is speculation about this. The ratings were so high for this shit that the seldom-watched Animal Planet decided to make another one of these, thus furthering this ridiculous notion. And despite many independent outlets proving this show as being bunk and Animal Planet themselves stamping these shows as ‘for entertainment purposes only’, some people still believe. Maybe they also think Splash was a true story.

The kraken, not to be mistaken with the Clash of the Titans enemy also called the ‘Kraken’, is a big fuckin’ squid. And when I say big, I mean biiiiiig, like 1000 feet. In comparison, most squid are like 2 feet. The kraken is a relevant piece of pop culture, not only starring in such tales as ‘20,000 Leagues Under the Sea’ and numerous Norse legends, the kraken is what I hope the future Seattle NHL team will be named. Out of all the creatures on this list, the kraken is the most rooted in fact, where we have discovered giant squid as big as 50 feet long. But not once has a big ole’ squid attacked a boat or anything. I am not sure if this is even a cryptid, but the idea is too great to pass up. There is this thing where people are spotting errant (or phantom) kangaroos in places where they are not indigenous. Yes, this is really something going on and not just some stoners saying stupid stuff. There have been these ‘sightings’ in France, Japan, New Zealand, the UK, and the US. Now it is easy to rationalize this by saying that these are just kangaroos that escaped from the zoo. But that is a stupid way of thinking. I mean do you really think that kangaroos just hop over the zoo fence, roam around the city, and hop back in right when the the zookeepers return? I have a more rationalization; people are fuckin’ stupid. Anyway, I still love the idea of kangaroos randomly bouncing around town.

Now here is a famous one; the chupacabra or the ‘goat-sucker’. This bad boy likes to sneak around South America and Puerto Rico killing chickens and…well…sucking the blood from goats. He (because I am assuming that it is a ‘he’ for no good reason) is about 4 feet tall, has scaly skin like a reptile, and hops around like a kangaroo (or maybe an…..errant kangaroo!). Even though there is no proof of his existence, there have been numerous odd instances where farmers have found livestock such as sheep, goats, and cows dead with their blood sucked out. Pretty weird, huh! Anyway, the chuapcabra is probably not real. Wild dogs and vampires have been known the suck the blood out of their prey, so a bloodless dead cow is no proof of the chupacabra’s existence. But it is fun to think about.

Probably the most famous of all cryptids, Bigfoot, or Sasquatch, is something we all are familiar with. Whether from the Oscar-snubbed film ‘Harry and the Hendersons’ or the countless Jack’s Beef Jerky ads or the insanely stupid TV show ‘Finding Bigfoot’, Bigfoot is a mainstay in pop culture. In fact here in the PNW, Bigfoot icons are all around, especially in Portland (still keepin’ it weird, huh Portland). So why is not Bigfoot #1, or at least #2? Well, for some reason I’ve never been a huge Bigfoot guy. I respect the status he has in the cryptozoology world, but he never piqued my interest. Maybe it is because all of those pictures and eye-witness accounts of Bigfoot that get everyone so excited are really just dudes dressed in ape suits. I need more than that. 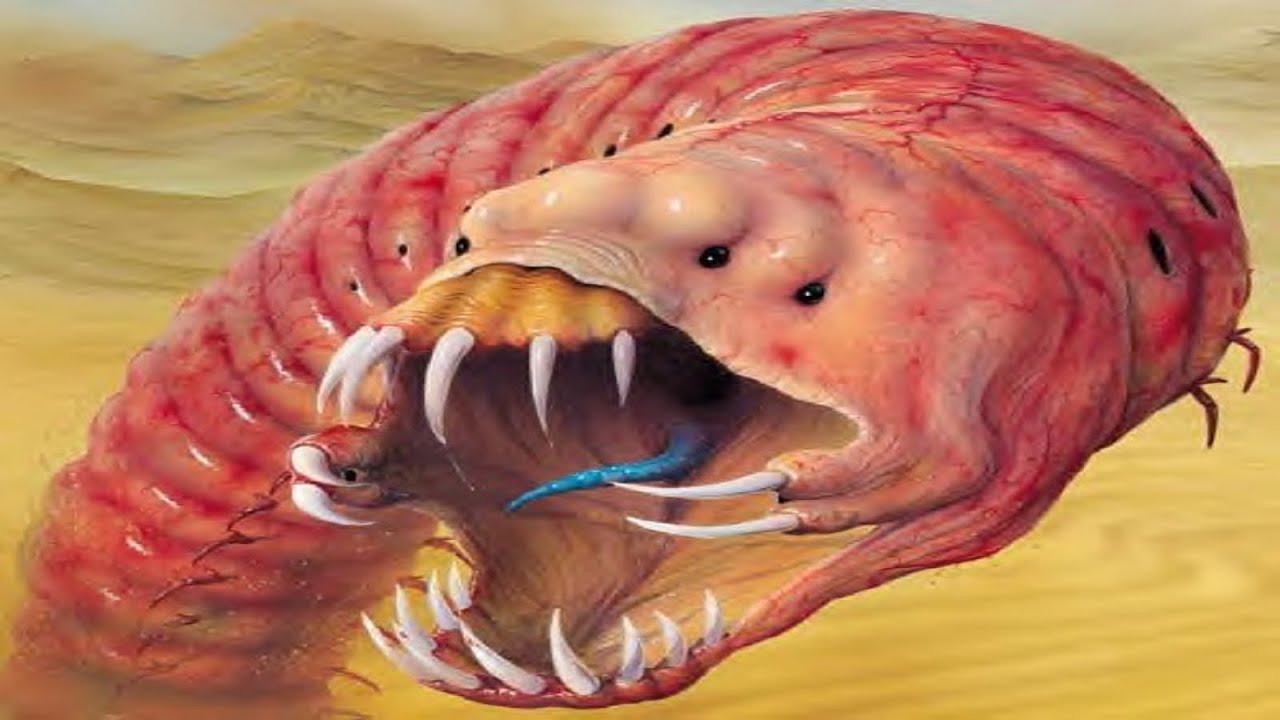 Oh….my….GOD!!! The only thing more terrifying than a worm is a death worm….from Mongolia!!!! Yes, this is really a thing and not something I made up to consolidate all my fears of worms, death, and Mongolia. The legend is that in the Gobi Desert exists these horrific creations from Satan himself. They are said to be 5 feet long and thick-bodied, with teeth as sharp as Ginsu knives. Some say the real reason the Great Wall was built was to keep out these abominations (but they live underground, China!!! UNDERGROUND!!! The Wall is no use!!!!!). To quote Wikipedia:

‘The Mongolians believe that touching any part of the worm will cause almost instant death and tremendous pain. It has been told that the worm frequently preyed on camels and laid eggs in its intestines, and eventually acquired the trait of its red-like skin. Its venom supposedly corrodes metal and local folklore tells of a predilection for the color yellow.’

With this level of detail, it has to be true!

We have seen this gawd-awful beast portrayed in pop culture in such stories as Dune and Star Wars, but none have accurately captured the completely menacing nature of the MDW. After writing this, I may never sleep well again. And finally at #1, everyone’s favorite cryptid, the Loch Ness Monster. No other ‘animal’ has captured the imagination of the world more than Nessie. People flock to Loch Ness from all around to possibly get a glimpse of the wee lassie, yet we have yet to find definitive proof of her existence (and yes, I realize I am using ‘her’ for this one, and not sure why again). Hoax after hoax have been thrust onto a wishful public who just simply want to believe. Over the years, as technology has advanced, the fact we have not found her shows that either Nessie is not real, or that she is the most elusive creature in the history of the world. From old photos from the ‘30’s that look like flat cut-outs of a dinosaur floating in the water to modern-day sonar readings that first are seen as possible evidence get quickly dismissed upon further, and more rational, review.

I really wish Nessie was real. I would even give her 3 fiddy (South Park reference). Yet a creature, which looks just like a big ole’ dinosaur, surviving all of these years post-dinosaur domination is probably too good to be true.