Whether it is the ultra-aggressive fans of the Raiders or the overly-pretentious fans of the Warriors, Giants, or Niners, these guys just irritate me. They migrate to Seattle (probably because their old home priced them out) and throw their Bay City loyalty all over the place with SF Giant hats, Kaepernick jerseys, and my favorite, their sudden dying love for the Warriors (I bet not one of those posers even knows who Rick Barry was). These guys need to go home, live in their 600 ft apartment with 2 roommates that costs $2K+, and stop littering the bars on Sunday with your red and gold gear. You are not ‘The City’, you are ‘A City’.

Be it World Cup soccer or the Summer Games, every two years during the summer, these group of die-hards come out of the woodwork and blindly cheer for the US to win in sports they know absolutely nothing about. And the strangest thing is they are outraged when the US under performs in these esoteric events. things like ‘Why aren’t we winning the World Cup?’, ‘Our fencers look weak this year’, and ‘C’mon, we should be dominating this 10,000K’ come chirping out of their collective pieholes. You know why the US isn’t winning these? Because we don’t care about these sports!!! And you don’t either for that matter. Let these other countries that do care about these sports excel and find some happiness in success. You will soon forget any of these events ever happened and the people who compete in them.

Everyone thinks their school is the best; the one that is not cheating and has the highest of academic standards. But all these schools are much closer to being the same than different. The two worst schools when it comes to this are Notre Dame fan and Duke fan. Oh, their standards are soooo high that it is the reason they don’t win a title every year. Yeah, I am sure Carlos Boozer, Corey Maggette, Jahlil Okafor, Rickey Watters, Michael Floyd, etc are top scholars that decided to be a pro athlete over their possible entry to their grad school Bio-science programs. Look, to be a great sports school, you have to relax standards and accept the best players. Duke does it. Notre Dame does it. But they will tell you to the death they don’t. As Al McGuire said, ‘A Notre Dame alum will pick their nose to show you their class ring’. I am sure Duke fan is not above that. 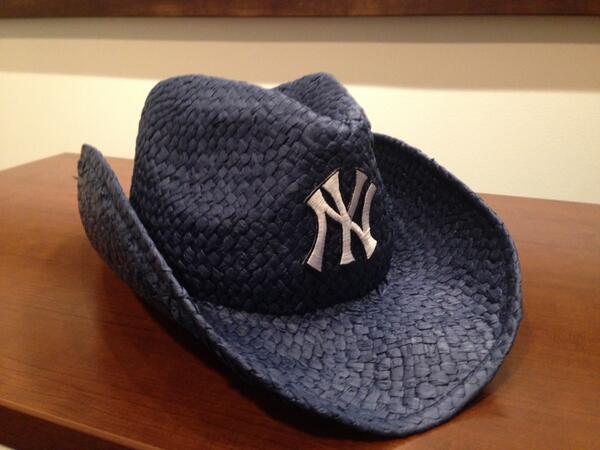 These guys think it is god-given right to win every single title. What is worse is that the media piggy backs on this sentiment and covers these losers like they are the only interesting teams in their league. I hate the way sports media treats these turkey so much; it just perpetuates the fans arrogant attitude and attracts even more suckers to wear their gear all across America. Guess what Cowboys? You haven’t even been in a Super Bowl since 1995. Your franchise is a fraud. Guess what Yankees? You didn’t win the 2001 World Series even though you still think you did. Just remember ESPN, there are other teams in the NFL and MLB, and many are much better right now. These guys think Jordan never missed a shot in his life. They think he played 1-on-5 and went 82-0 every season. They think he can fly around and shoot laser beams out of his eyes. And the mere mention of any other player in history even being of the same species sends these guys in a rage, yelling that this other player, be it LeBron, Magic, Kareem, etc, is awful and look at the ‘RINGS’. They never remember that Jordan’s teams were dominated by the Pistons in the late 80’s or that Jordan had a serious gambling problem which prompted him to ‘retire’ and play baseball for 2 years (still the most uncovered possible scandal ever). To these guys, Jordan is God and any mention otherwise is blasphemy. Guess what? He actually did miss a shot once. Oh no!!! Don’t hurt me……

Remember when the Pats went to their first Super Bowl in 1985? Remember that 2-14 year with Dick MacPherson as the head coach which led them to the first pick overall, Drew Bledsoe? Remember their first coach in franchise history, the father of Nick Saban, Lou Saban? Yeah, neither does Pat fan. This group of pathetic fans rally around the success of New England, ignore all the nefarious actions of the franchise, and paint themselves as long time loyal followers. The Pats have become a national brand yet they really have no home. Their name is a region, their central fanbase is Boston, yet they play in Foxborough. That is the same as the New York Jets playing in New Jersey. Oh yeah….. Anyway, the only positive thing is when Brady retires and smugly settles in his mansion with his man-ish wife, Pat fan will cease to be. 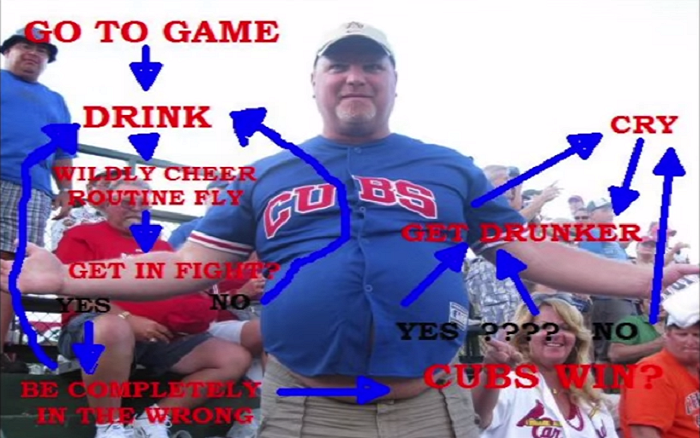 Every Cub fan I ever met (and there are a ton of them, especially for such a loser franchise) says they are legit, they are from Chicago, and they live and die with them. First question is how can I be so lucky to meet the few ‘real’ Cub fans. Secondly, if they truly live and die with them, why aren’t they dead? It’s been over 100 years since their last championship!! In reality, Cub fan is this: sit in the bleachers during the day (probably due to the fact they have no real job), drink beer, yell stupid shit, and bask in their own ‘misery’. I hope the Cubs win it all this year. Maybe it will shed this ‘lovable loser’ moniker that is exclusive to them. Or better yet, maybe they will burn down Wrigley during their celebration. 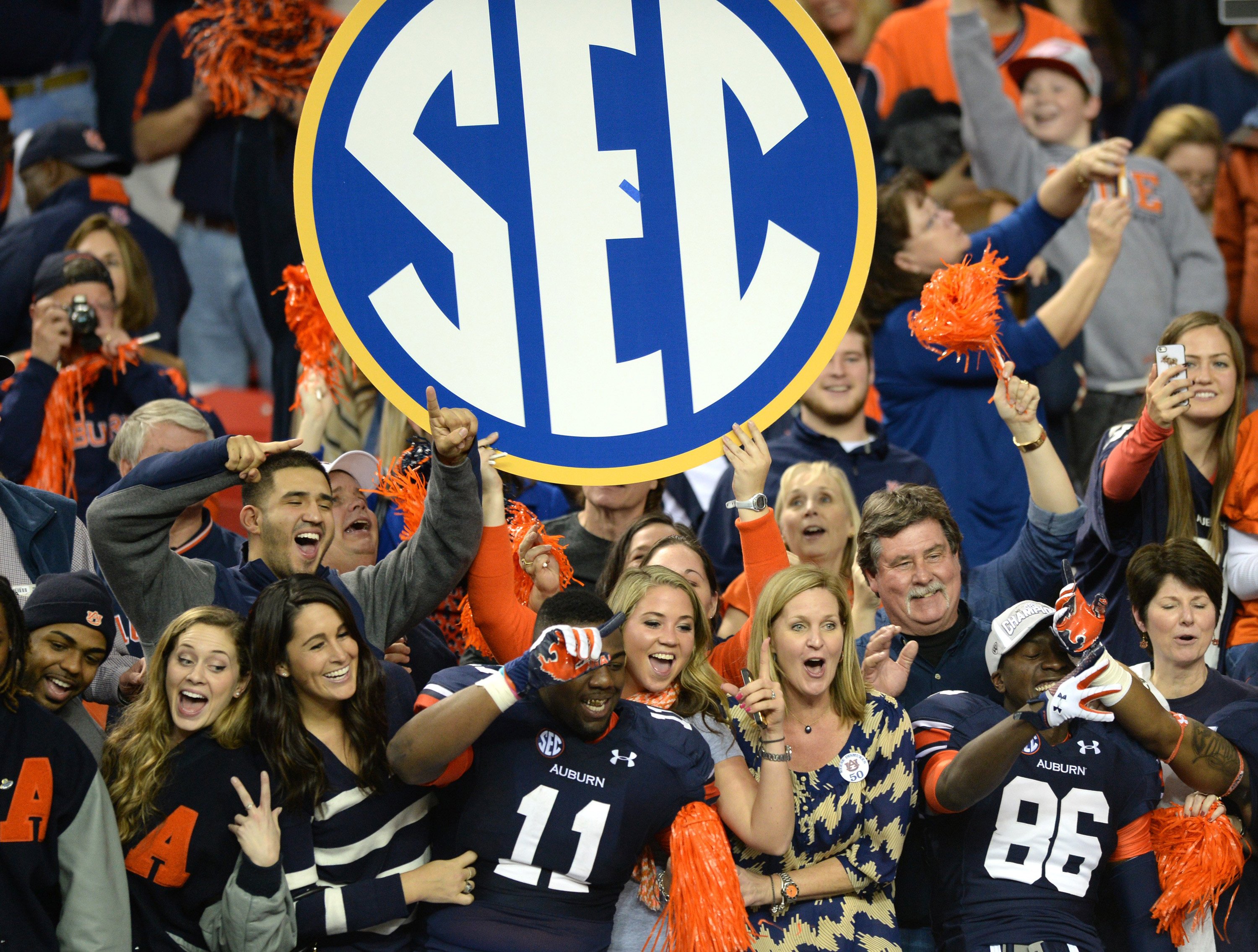 All college football fans are terrible; they all overvalue their school’s net worth in the NCAA landscape. UW fan thinks they are at Oregon’s level, UO thinks they are at LSU’s level, LSU thinks they are Bama, and Bama thinks they can beat a pro team. If you are looking for fair and honest evaluation of a team, never ask a college football fan about his own alma mater. But what makes SEC fan worse is the fact they are the only group that roots for an entire conference!! Who in the hell does that? I get pulling for a regional team to win a bowl game or whatever, but to post signs that say ‘SEC’ is really weird and perverse. What is also perverse is the money doled out by alumni for the football program and the salaries of all the football coaches (even strength coaches make 250k+, and I can even do that job). But overall, these group of fans need worry less about their 3rd string DT and more about their town’s economic growth.

Phoenix is vile pit of heat and despair that no man should ever dwell. Their fan base is loose and uninspired, which is ok I guess. I mean, the city is faceless and non-descript, why not the fans? But ASU fan, well they are a different story. First off, their mascot is the Devil; sort of a bad start. But even worse than that, their fans (albeit a small group) are meeeeeaaaaan. In the late 70’s Sun Devil fans jeered the UA baseball coach Jerry Kendall about his wife dying of cancer. In the 80’s Sun Devil fans harassed Steve Kerr pregame about his murdered father. In the 90’s Sun Devil fans roared when an ASU football player intentionally nailed a UA player in the back of the knees ripping his ACL (oh yeah, that was at a time when ASU was up by 40; Plummer era game). Yes, these fans are very indicative of the city they reside. The only saving grace of this fan base is the free throw act the student section performs at the basketball games is really funny.

First off, you guys are not a ‘nation’ You are not recognized by any accredited world order as a sovereign state. Secondly, if you truly are a ‘nation’, I nominate this guy as your leader: 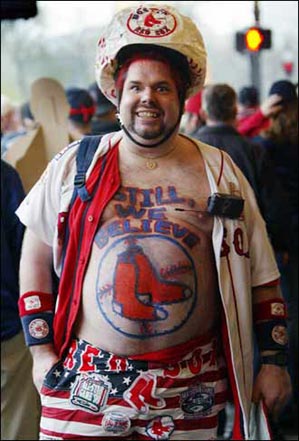 Yes Red Sox Nation, that is the face of your shitty, bandwagon, and incredibly annoying fanbase.

Being a fan of Boston teams is the trendiest of the trendy in sports. I see their ‘fans’ everywhere; Red Sox, throwback jerseys of David Ortiz (and yes, I realize he is still playing), and having an uncompromising sense of arrogance only a Boston fan can have. Show me a guy with a beat up hat with that ‘B’ on it, and I’ll show you a drunk, douchey, white dude who still thinks he is in a frat.