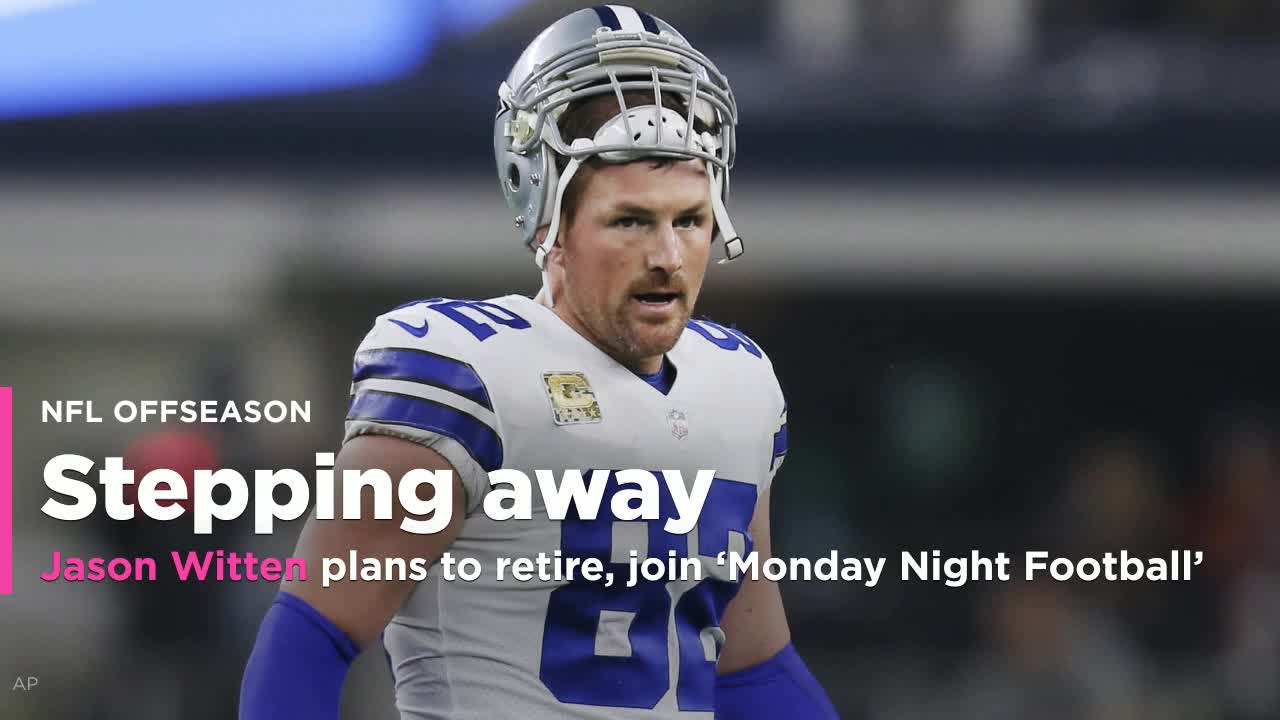 One thing I always liked about sports is that fact that is as close to a meritocracy as anything we have in the real world. Sure, there are some obvious exceptions such as all the nepotism in coaching and in auto racing (hmmm, wonder how Kyle Shanahan, Brian Schottenheimer, the Harbaughs, Rick Pitino Jr, Pat Knight, etc got their high level coaching gigs, and I bet the Andrettis, Pettys, Foyts, Unsers, etc are just gifted with a ‘driving a car fast’ gene), to be involved in sports, you have to be good. Because good=winning, and winning is fun.

But leave it to the media to screw all of this up.

ESPN announced that Jason Witten, a man who recently retired as of yesterday, will be one of the main broadcasters in the booth for Monday Night Football. You know how much experience Witten has in commentary? Well, the same as you and I do.

This ‘experience not needed’ mentality is permeating throughout all our culture…..I mean look at the president. This idea of it is not who you know but what you know has been attempted to be quelled for years; Affirmative Action and disbanding of ole’ boys clubs are all things that try to get at the heart of trying to give more people more opportunities instead of just giving jobs to guys who were in your frat at Yale. But we can see through hires like this that things are still very much still like this: (who you know) » (what you know).

I know this sounds sort of small and petty; I mean it is a hyper-specialized gig that really is never open to the public. But this is a bigger deal than it seems. ESPN claims to be an equal opportunity employer and there is no question that they like to dabble on the liberal side of politics. Of course this will not completely true; I mean hiring athletes to do sports commentary is exclusionary, but it is regular practice and reasonable. But to hire someone with zero experience to do the highest profile NFL job ESPN has to offer, well that throws it in the face of all those people that put in hours upon hours to rise to that level. This is ‘who you know’ at its highest peak.

I know with Tony Romo, people say ‘it worked’, although I disagree 100% with that. But even if you do think he is great, there are literally 100 others that can do the same thing yet get denied because…well…they don’t know the right TV producer, or maybe they played for the Bills instead of the Cowboys.

Regardless, these type of hires just show how far we have not come in our society in regards to hiring the best person for the job. Even though this has always been the case, I just wish it didn’t infiltrate sports as much as it has.