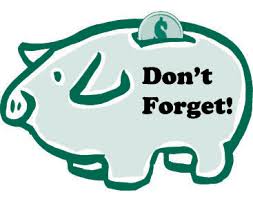 Good triumphed over evil yesterday as Golden St came back from a 3-1 deficit to beat the Oklahoma City Blunder (ha! see what I did there….Blunder instead of Thunder….ZING!) and go to the NBA Finals.

Well, maybe not good vs evil, but annoying vs evil, and I have to say annoying is not good, but it is way better than evil.

So why do I hate OKC so much?

Well, there is no doubt Westbrook is an eyesore to watch play; throwing his body around begging for fouls, running full speed and out of control over half the time, and showing virtually zero basketball IQ for a point guard (he is the true ‘Agent 0’ Gilbert).

Also, seeing Eddie Munster on the sideline for the Thunder doesn’t make me like them any more.

But finally, OKC stole this team from my city, and that will just not do.

In a later post, I will explain all the in’s and out’s of how this happened, but to make it short, Howard Schultz (Starbucks owner) and Clay Bennett (energy tycoon in Oklahoma) are horrible people. Oh yeah, David Stern is horrible also.

But what exaggerates my abhorance for this team is they have not paid their dues.

The Thunder came into existance in 2008, where they inherited the Rookie of the YEar in Kevin Durant and just drafted Westbrook. They have made the playoffs virtually every year since (minus a year or two due to injury), and always are in the running to be in the NBA Finals. Not once has this team suffered in the obscurity of the NBA; a state of purgotory every single team has faced at some point. Sure, the Thunder haven’t won an NBA title as of yet, but they have always had a winning team and have had a legit chance of becoming a champion. Ultimately, that is all a fan can reasonably ask for.

In other words, it is time for this franchise to suffer. It is rumored tha Durant is looking to take his talents to another team. Whether this happens or not remains to be seen. But if this happens, OKC will immediately fall into the oblivion of the NBA, joined by about 80% of other NBA franchises, and then we will see how great these OKC fans are. For the sake of fairness and balance in the sports universe, he needs to go. Not for his sake, but my sake!

Maybe Seattle has brainwashed me to believe all this stuff about the Thunder, maybe it is time to get over it, but until a tornado swoops up the Thunder and returns them to the Emerald City, I will wishing the worst for this franchise.