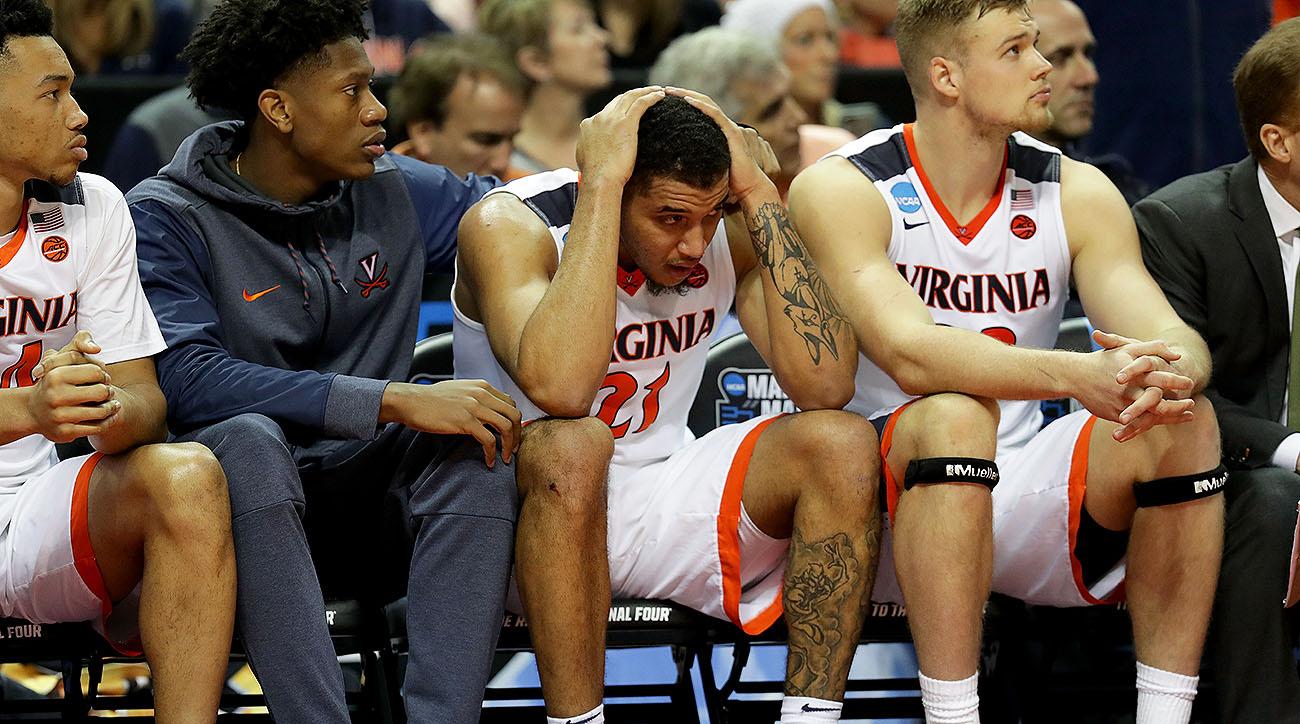 Everyone loves the NCAA tournament. The excitement, the unexpectedness, the extreme highs and lows, and of course the betting.

Well everyone but me.

So yes my friend, here is another example of me being a Debbie Downer and hating on something everyone loves. But I have my reasons.

First off, the random element of the results is something this tournament revels in. I mean we all know the trope that the office secretary wins the bracket pool by picking mascots, or whatever. Yes, this helps getting people involved with the tournament that normally would never care. But this also illustrates that the structure of the tournament is not a good one when determining a national title winner. Think about it. You play 30+ games over the course of 4+ months, you play the peers in your division, and after all that work, all you get is an invite. An invite, mind you, that if in a power conference, 5-8 other teams will get. Yeah, you maybe beat that team twice in the season, but they get a bid as well; the ultimate ‘participation trophy’ in sports. Sure, you get a seed as well as an invite, but no bye or home court.

Secondly, if it was a good way to determine the best teams, why do all the pundits continually miss on their Final Four predictions? I mean some level of surprise is fun, but year in and year out there are teams completely crashing the party. And why? Well, it is either one of two things:

Obviously it is 2. No one in the media had Loyola in the Final Four. No one. And this is not due to oversight. This is due to the complete chance of the tournament. Fun….sure. But this is major sporting event. I am not sure we would want to decide a national title winner in any other sport the same way.

Lastly, there is too much pain. I maybe speaking as a U of A fan dating back to the 80’s where there was disappointment after disappointment. You work all season becoming one of the best teams only to lose to #15 seed Santa Clara on some awful fouls against your star and an unrepeatable night form the field by the Broncos. I can outline every miserable outcome from this team as a youth, but I’ll spare you. But I won’t spare you the pain Virginia felt when they lost to the #16 UMBC. Virginia was clearly the best team in the nation. After a 35 game sample size, they deserve to be the Final Four. But they don’t get to because of one bad game. And who gets to go? Loyola, who won each of their first three games on the last possession by a total of 4 points. A Loyola team that only beat one reasonable team (Tennessee), and even then that was an overseeded team. A Loyola team who has become a media darling due to a 98 year old crone who loves to put her face in front of the camera whenever she can and has allowed her image to be trademarked (I cannot wait for Loyola to lose so I don’t have to see that old bat ever again).

Anyway, the NCAA tournament is fun and I have a lot of nostalgia for it; some on the good side, some on the bad. But there is just too much unfairness and pain associated with it for me to fully embrace it.