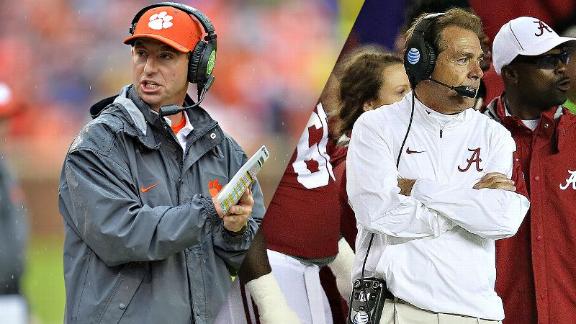 Last night was the NCAA football title game, and I was not sure who to root for: the godless dictator who yells profanity at anything and everyone when something doesn’t go his way or the god-filled dictator who forces Jesus down all his players throats makes them go to chapel on Sunday even though he coaches at a public school.

So I went with the dictator that yells at everyone; hey at least he isn’t that much of a hypocrite.

Sorry Alabama, looks like my 1-day allegiance didn’t really help too much, although it was a great game.

But not only was it a great game, I learned some things after:

Anyway, we have our new champion. Congrats Clemson, maybe this will bring notoriety and riches beyond your belief. Or maybe by Friday it will still remain that hardly anyone in America knows what state you are in.