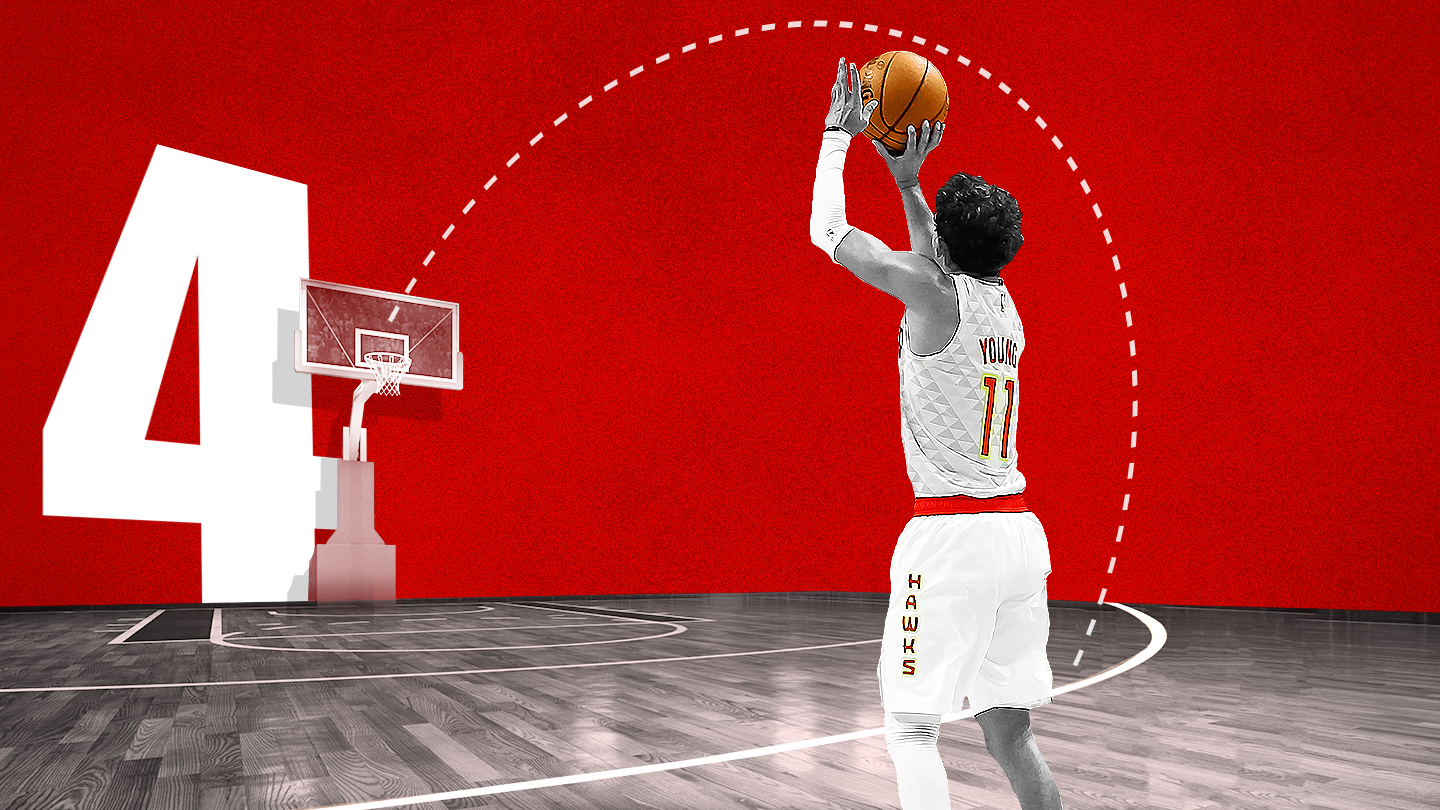 The NBA has all sorts of illogical rules: intentional fouling players to send bad shooters to the line, break-away dunks that get called back due to an intentional hold, pretty much the litany of situations where fouling helps instead of hurts, 3-seconds in the lane on the OFFENSE, etc.

Yes, there is a lot of glitches in the matrix, but none is bigger than the 3-point shot.

I know, I know, everyone loves the 3-point shot, well expect myself and Gregg Popovich (I keep good company at least). The problem is that the 3-point shot is overvalued. Simple math dictates that one has to only shoot 33% from the 3-line to match a 50% shot from the 2 area (2/6 from 3=6 points, 3/6 from 2=6 points). And people in basketball know that shooting 50% is very difficult while shooting 33% is a far easier hurdle to clear.

From a more logical perspective, why should a shot from farther away be worth more? One may argue that since it is a more difficult shot it grants more points. Other than the fact that a 3-point shot may not be more difficult (ie: the corner 3, which is way easier than may 2’s based on distance alone), what other game awards you more points for a longer and more ‘difficult’ shot? Does the NFL give you 4 points for a longer field goal? Does the NHL give you an extra point for a goal outside your zone? Does the M:B give you an extra run for a 500 ft home run over one that barely clears the fence? So the internal logic really doesn’t hold for me.

But what is even worse is what the 3-pointer is doing to the game.

If you look at the successful NBA teams, all you really have to do is look at the amount of 3’s they take and the % that fall in. That’s about it. Rebounds, free throws, lay-ins, turnovers, are all secondary stats to anything that involves the 3 line. And why not? I mean the made shot is worth 50% more. That is ridiculous. So what has happened now is that ALL teams are now playing the same way; 3’s first, driving lay-ins second, and getting fouled is third.

That’s it. That’s the game.

And it makes perfect sense. Why shoot a 15 footer that has about a 45% of falling (or an expected value of .9) when you can kick it out to some dude at the 3 line for about a 35% of falling (expected value of 1.05). Over the course of a game, that .15 difference plays a HUGE role. Sure, there is some logic in the fact that made 2s will make the defense sag a bit letting the 3 shot be even a higher percentage. But that is not even the case right now when you watch the way teams defense. They pretty much ignore the 10-23 ft zone, almost looking like a half Target logo, where the red is where teams defend and the white is a safe zone.

The entire NBA is homogeneous in style and it is firmly based on the 3 point shot. What is the most unbelievable thing to me is that this wasn’t exploited earlier, like in 1979 when the line was first drawn in.

Anyway, the point of this rant is to talk about the 4 point shot………

The NBA is actually thinking about a 4 point shot.