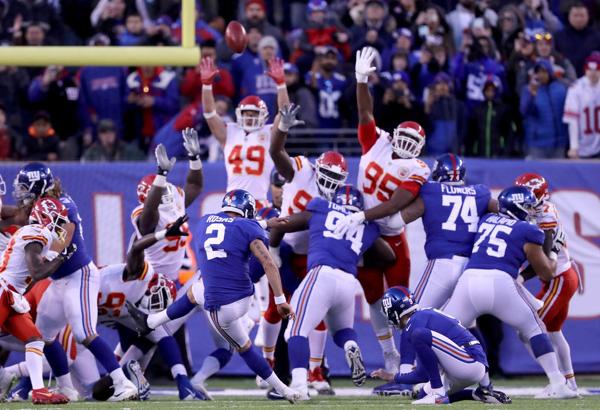 Over my MLK Day weekend, I sat and watched a lot of playoff football (I think Dr. King would have wanted it that way).

Even though each game had their own personal interesting thing to them, by far the most talked about game was the finale, New Orleans at Minnesota.

The game went back and forth in the fourth quarter, until with 10 seconds left, the Vikings threw the ball downfield into the awaiting hands of their speedster Stephon Diggs, and with one mistackle Mr Diggs scoots into the end zone to win the game.

If you haven’t seen it by now, you obviously don’t care about sports.

Anyway, I am not here to discuss how lucky the Viking were to win that game. Typically Vikings fans are on the other side of such miraculous events in the playoffs, so who am I to judge their win ‘unjust’. Finally the football gods rewarded Vike fans something! Besides, they were up 17 in the first half. Oddly enough, that play was not the thing that resonated with me after the game was over.

But there was something else that did as well.

Then weird shit happened after.

But I was thinking during those kicks, isn’t it odd that in order to win a game like this, your team had to perform something that is completely different than anything else that brought you to that point in the game?

I mean think about it. Football is a game of immense strategy, practice, violence, athleticism, and teamwork. The essence of the game is hitting hard, running fast, and sacrificing your body for the betterment of your team in this live-action chess match. Yet what can decide a game like this is some guy who has this bizarrely specific yet enormously important skill of kicking a funny-shaped ball. In other words, field goal kicking has nothing to do with the true spirit of football, yet this simple act can decide who we determine as the ‘better team’.

There is no other game like this. I tease soccer from time to time that they decide the winner by playing the completely different game of penalty kicks. But in reality, that is only a marginally different game. At least the penalty kickers are typically the ones responsible for the state of the score. And the skill involves kicking; a prime objective in soccer. In football, the tie breaker often involves a man who played less than 2% of the total snaps, and performs something that involved no running, passing, tackling, or blocking at all. This would be the equivalent of deciding a baseball tie after 9 innings by…..well….kicking field goals.

My point is that kickers should NOT be this important. The problem is I have no idea how to usher this part of the game out of football. Obviously field goal kicking has been a part of football since football began. But I think we all know that letting kickers decide games seems so artificial. Maybe in 1890 when Georgia Tech and Cumberland used to duke it out on the gridiron, field goals may have felt reasonable because your kicker was maybe your nose tackle. But these days your kicker is some hyper-specialist who practices by himself in the corner during the season.

Again, I have no idea of an alternative. Maybe no special teams? Maybe make field goals worth less? Maybe just grant 3 points when getting to a certain part of the field. I don’t know. But until then, we will be living in a world where Kai Forbath is almost as important to his team as Everson Griffen.