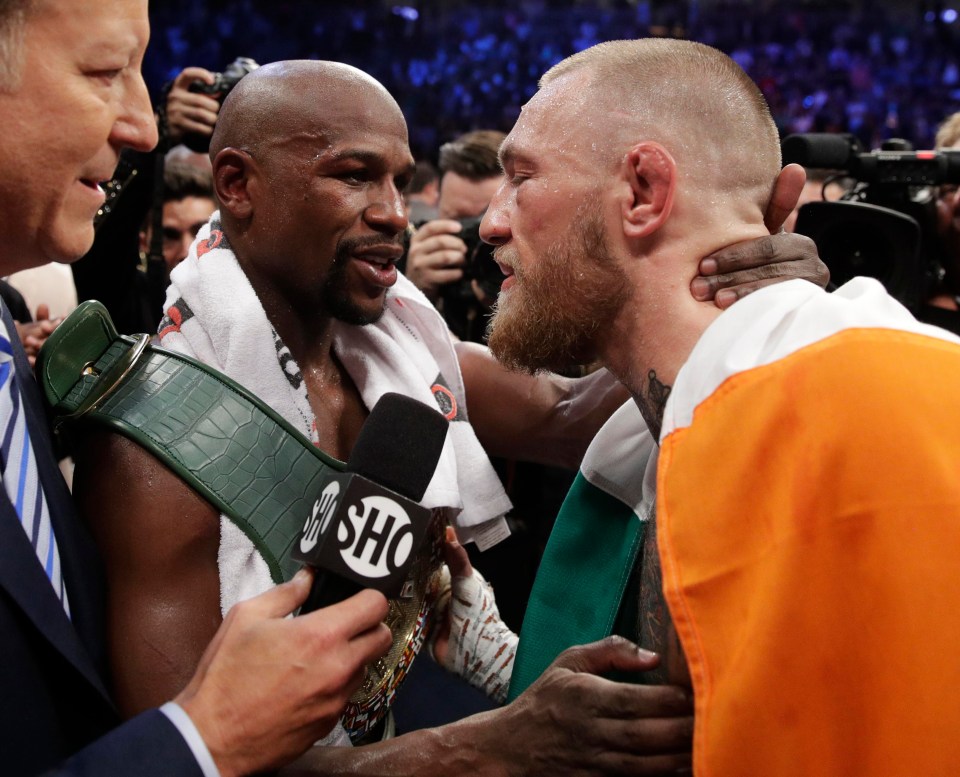 I think we all can agree that this fight was stupid. I mean a 40 year old slappy fighter fighting a 28 year old non-boxer is pretty much in the same style as Joe Louis boxing a kangaroo.

Of course Floyd was going to win!! Hate him, abhor him, be annoyed by him, that is fine by me. But he is a great boxer, despite never throwing a solid punch and saving his power shots for the women in his life. Conor is…..well…..not a boxer.

This was bad for UFC because it illustrates the fact that the best way to gain the public’s attention is to involve a UFC fighter and have him NOT UFC fight. This was bad for boxing because you can’t have your #1 draw be a 150 lb 40 year old guy fighting non-boxers. There is nothing in boxing beyond this farce that grabs people’s attention anymore and this fight shows us this. Nothing about this is sustainable.

Anyway, despite all of those negative things previously mentioned, those are not the worst things about this ‘event’.

The worst was how this thing affected me.

And now I have to think and write about it because it was such a hyped event. Dammit!!! I hate doing this. Why can’t I write about more germane things in sports like the perverse nature of the Little League World Series, or the fact that college football started last weekend and no one knew about it until you saw it on the ESPN scroller Sunday. But I don’t get to muse about those highly important things because…well….some old slappy patted some Irish bloke on the head for 10 rounds before the ref decided he saw enough.

Thanks Floyd. Thanks Conor. Thanks world. Thank you for wasting my time.

At least I didn’t waste any money on it.