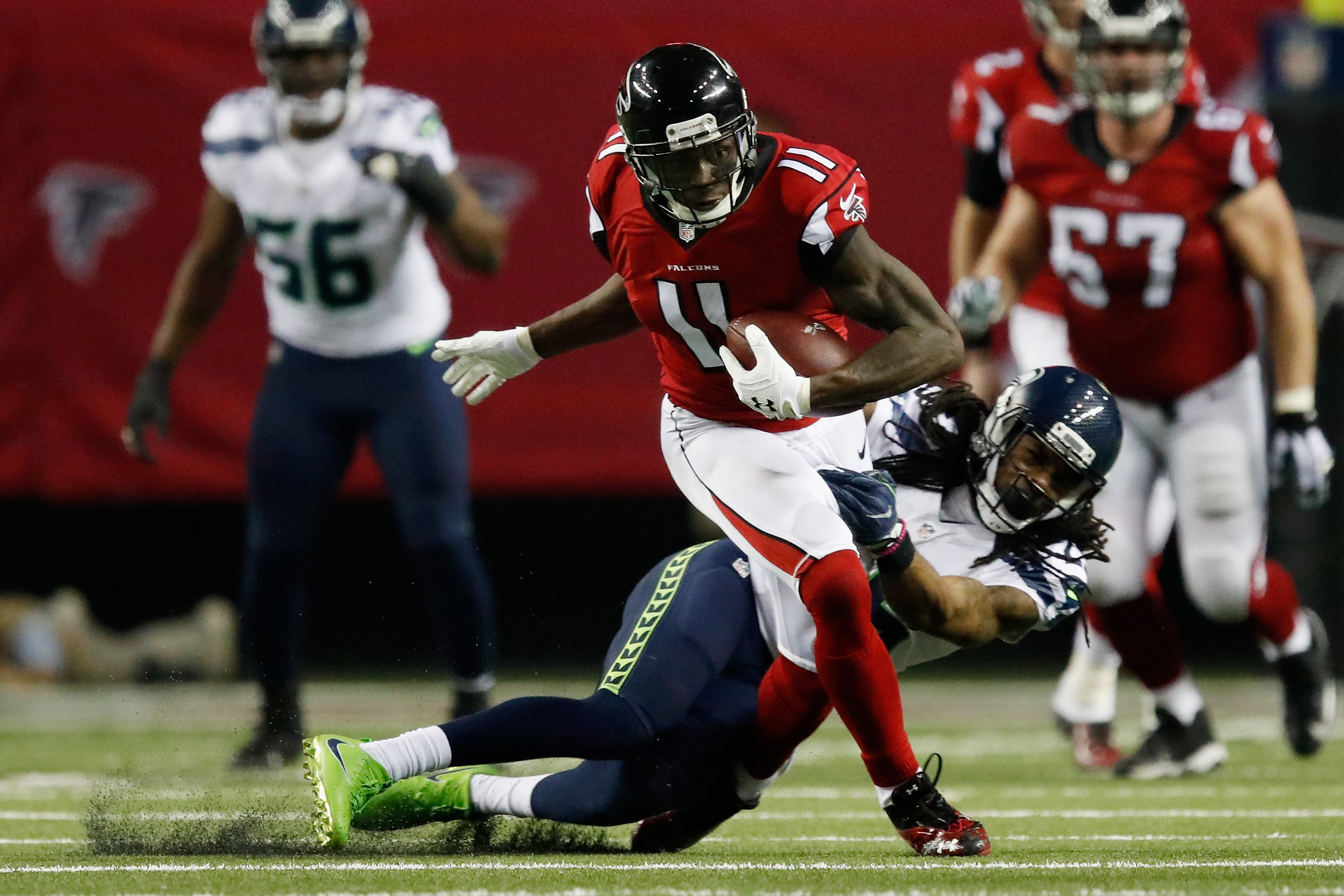 Well folks, it is over. Our beloved Hawks (they might not be your beloved Hawks, but they damn well should be) lost a heartbreaker of a game to the Atlanta Falcons this weekend, in a game that I called ‘The Battle of the Birds’. I call it a heartbreaker because at the beginning it was so close; 0-0 if I recall correctly. Then in only a blink of an eye (a 3 hour blink) Seattle barely lost in a 36-20 squeaker.

Yes, I am mad. Yes, I feel the window of 2013 dominant version of the Hawks closing, and yes I know the game was not that close. But instead of reliving it via this post, I will relay to you the three problems I feel this team needs to address before returning to previous Avian Glory:

#1: Better align the personnel with the overarching philosophy of the football team

I don’t feel the front office has done a good job coordinating the run-first and physical philosophy with the personnel. What a franchise values is shown through who they invest assets in, and in the NFL this means money and draft picks.

So let’s see where the money is going on offense: Jimmy Graham, Doug Baldwin, Russell Wilson. What do they all have in common? They are all part of a passing game.

Now the run game. Last time I checked, in order to run the ball well, you need an offensive line and a running back. This is what Seattle has: lowest paid o-line in the NFL ($6 million in all!) and a second year undrafted FA RB who has never been healthy.

Doesn’t sound like a team that values running the ball, huh?

Yet with this obvious lack of attention to staffing the team with players who can make the running game happen, they still consider themselves a running team. See a problem here?

#2: Get more creative as a coaching staff

OK, so the personnel doesn’t fit the overall philosophy, right? So now let’s get a creative pass game going with our solid wide out group and a $19 million dollar QB. No o-line? No problem! That is if you can scheme around it.

But they didn’t. It feels like every team knows what we are going to do on offense. Russell is back there sitting the ball waiting for it to hatch, then runs around like a ninny. Some o-line stuff? Sure. But not all the time. I don’t know if it is scheme, if the wide outs can’t get open, or if Russell processes information slower. All I know is when I see other teams play, it looks way different.

On defense, I feel the same way. Base Cover-3 about 90% of the time. Sure, there are subtitles to it like sometimes they press the CB’s (Cover 1), or the zone responsibilities of the LB’s vary, or even sometimes they send a Mike on an A-gapper (this is few and far between though), but these slight difference fall mute of the opponent and really are not varied enough o gain any advantage. The personnel is there for a great D, but the scheme is so vanilla, it rarely confuses and rattles opponents. Need proof? Look at the turnover stats for teams we rarely play (AFC teams) vs more familiar teams (division teams and regular foes). Seattle averages 1.6 turnovers a games vs new rivals while only 0.7 vs known foes.

Teams have caught on to our game. I mean most of the league is playing Cover-3 now (it is en vogue ala the Tampa 2 in the early 2000’s) so teams see our look even when they are not battling the Hawks.

We need more variety on both sides of the ball.

#3. Enough with the in-fighting

When the Hawks were a chippy group in 2012, it was fun and endearing, maybe even necessary. They wanted to be heard and gain some attention. Their overall moxie engaged a new set of fans and made their Seahawk brand larger than ever before.

Now they are just jerks.

OK, that’s not fair. Almost all of them are awesome people who do so much for this area. But their fun chippiness has turned into a sense of entitlement; the feeling they SHOULD be winning every game instead of scrapping to win every game is somewhat troubling.

It is hard to know how much this pall is enveloping the entire team and if it truly effects the probability of winning, but it is bad look. Sherman has been a crappy pants and when Michael Bennett yelled at a reporter ‘what adversity have you ever overcome!’ not knowing he was cancer survivor is wrong.

Fair or not, this paints the franchise in a sour light. Pete’s long leash comes with some good and some bad. This is the bad. He may need to tighten things a bit soon.

Yeah, yeah. I know you don’t want to hear more about the Hawks. I can go on; they need another corner, an interior pass rusher, one stalwart on the o-line to serve as a mentor to the young group, and a much better plan to get the ball to Jimmy, etc. But don’t worry. They lost. Fair and square. And I’ll stash my thoughts on this team until…well…I have nothing to write about on a given day………..Hey! I still have to explain why I gravitated to this team so strongly and how they symbolize a very important time in my life (and for that, I’ll always be thankful)! Lucky you!!! But that is for another time.

Well, at least this team doesn’t have to go to the White House this year.