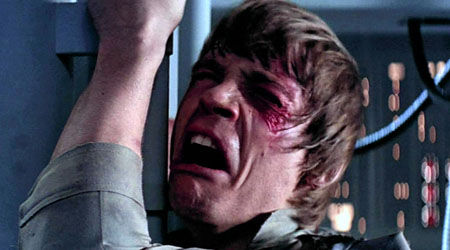 A few weeks ago, all over social media was this trailer for a new Star Wars video game:

It is a very good teaser for this addition to the Star Wars universe, but what caught my eye was this:

Remember that game, ‘Knights of the Old Republic’? It was made about 10 years ago and recounted old tales of the Jedi vs Sith set about 4,000 pre New Hope. It was such a great game (mainly due to the awesome storyline that was introduced), not only was the a sequel made, but some of the characters front he game were integrated into the Expanded Universe books, or as I like to call it ‘fan fiction for profit’.

Anyway, the sequel of ‘Knights of the Old Republic’ left us all at a cliffhanger. With a promise of a third installment, that didn’t seem so out-of-bonds at the time.

What those bastards did was created an online multi-player universe that has no story line. Yes, you had to pay an monthly fee. And the worst…….you had to play with other people.

Now I am an old man playing a video game, but I still have some self-respect. So the last thing I want is this creature yelling at me when I play: I hate this on-line gaming thing. I just want to play a game on my own with a good story line and not get a tongue-lashing from a pre-pubescent spazz who I would love to throw through the wall if it was legally and socially acceptable.

So guess what? I didn’t play that Star Wars game. And apparently no one else did either. It died out in about 4 months.

So is there any completion to the tales of the Old Republic? IS someone going to pick up the rights to this wildly popular game and do us right?

We wait longer because this new game has nothing to do with the previous storyline.