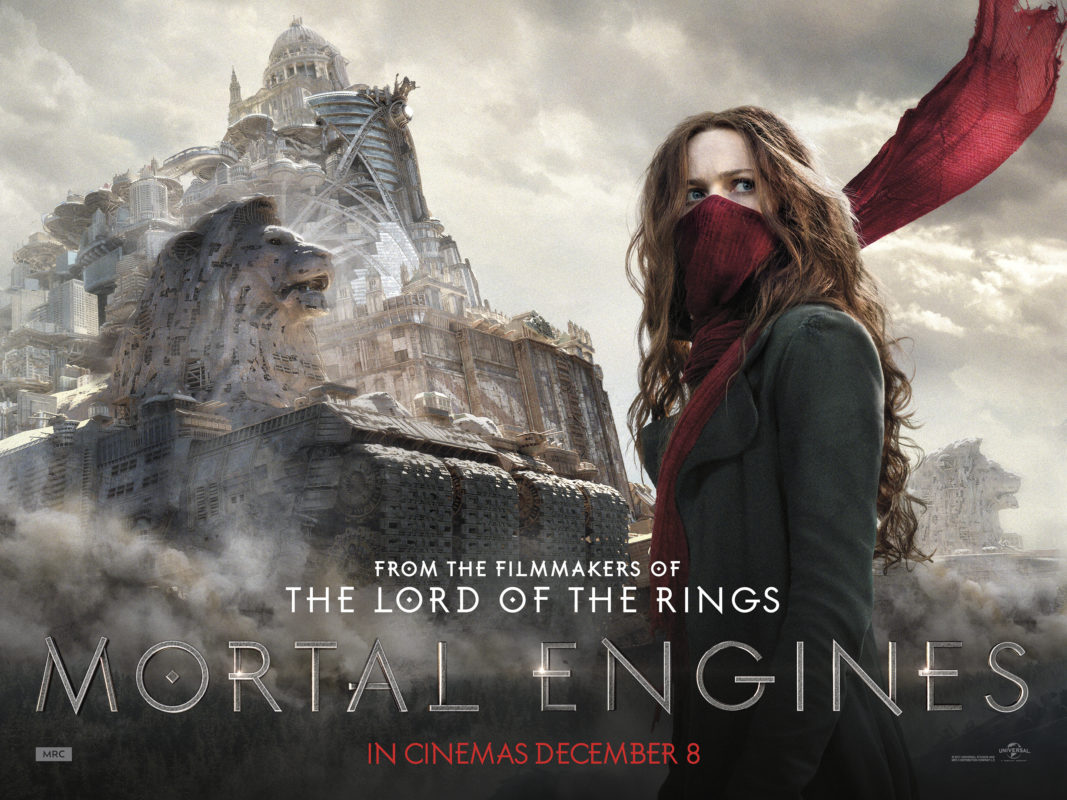 Ever since his mega-hit King Kong, he really hasn’t received much love.

The Hobbit trilogy………pffft (unfairly so in my opinion).

Now this thing, the adaptation of the steam punk book series The Mortal Engines to the big screen.

So this big turd was laid this past weekend and just died.

Opening weekend, a good take for a movie like this would be around 30 million. To give you some context, the Avengers will haul in 100 million, while the new Spider Man cartoon thing earned 35 million.

That is more than pitiful. That kind of thing can destroy a studio (luckily for Universal, Fifty Shades, Jurassic World, and Mamma Mia 2 did well enough to take this hit). It really is amazing how awful that number is.

So how did this happen?

Well, first off, ever heard of Mortal Engines? That’s what I thought.

Secondly, do you know what steam punk is? Well unless you are child of the 90’s you probably don’t.

Thirdly, the reviews are dreadful. Rotten Tomatoes: 25%. Megacritic: 35%. Now in Jackson’s defense, he did not direct this. He let his headman at WETA do the ‘honours’ for this one. But he did screenwright it with his wife Fran Walsh.

I will always be in debt to Peter Jackson for what he gave the world in his Lord of the Rings trilogies. He could have stopped there and we all owe him for the beauty he gave to all of us. But I am getting worried about his legacy. I don’t want him to be remembered for these turkeys. I want to remember him for his early 2000’s genius. I want his memory to be thin Elvis, not fat Elvis.

It is sad that Jackson is not connecting much anymore. Maybe he has one more winner up his sleeve, but I am afraid he doesn’t.

At least we will always have Middle Earth Peter. :)