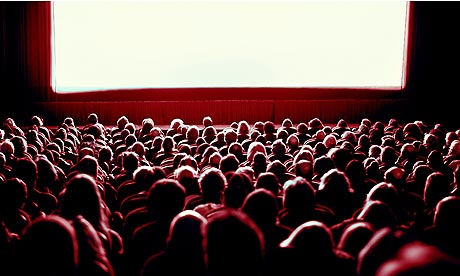 OK, before you stop reading this and assume it is another post about me complaining about Star Wars, don’t worry it is not.

That will be next week.

What I am here to rant about is the amount of damn previews they showed before the film.

30 minutes!!!!! Yes, 30 minutes of previews!!! I mean really? I know the movie industry is having issues (mainly the theaters themselves) but 30 minutes? That is one entire South Park episode. That is literally a full half episode of Game of Thrones. That is exactly 1/4 of the running time of Rogue One.

There were 8; literally 8 full previews. I mean not those little 30 second throw-away previews you see on TV. I am talking about those 3-4 minute behemoth’s that you find online when you search it out; you know those previews that practically give away the entire story and show all the best scenes. Those previews. 8 Of them. I am not talking 5, I am not talking 6, I am not even talking 7. I am talking 8. And remember, this is not counting those ‘Let’s go down to the lobby’ ads the theater show.

So what were these previews? Well, since this is an adventure movie and a franchise, all the previews were either potential blockbusters or franchise extensions. There was a Guardians of the Galaxy 2 one, a Pirates of the Caribbean one, a King Kong reboot, another Spider-Man reboot, a Fast and Furious silliness resurrected, a Transformers movie that for some reason was approved, that awful Sing cartoon, and something else that probably sucks. I was so tired of previews, I was ready to love anything thrown at me that was not a blatant advertisement for a shitty flick.

And do any of these things look good?

Well, honestly some of them did.

Don’t get me wrong, I still hate the fact I had to wait a full Seinfeld episode to see the movie I paid $12.08 for and none of those ads had any effect on my whatsoever. But…..I may see that Spider-Man thing and King Kong one. I wasn’t so sure about those two until I saw those previews.