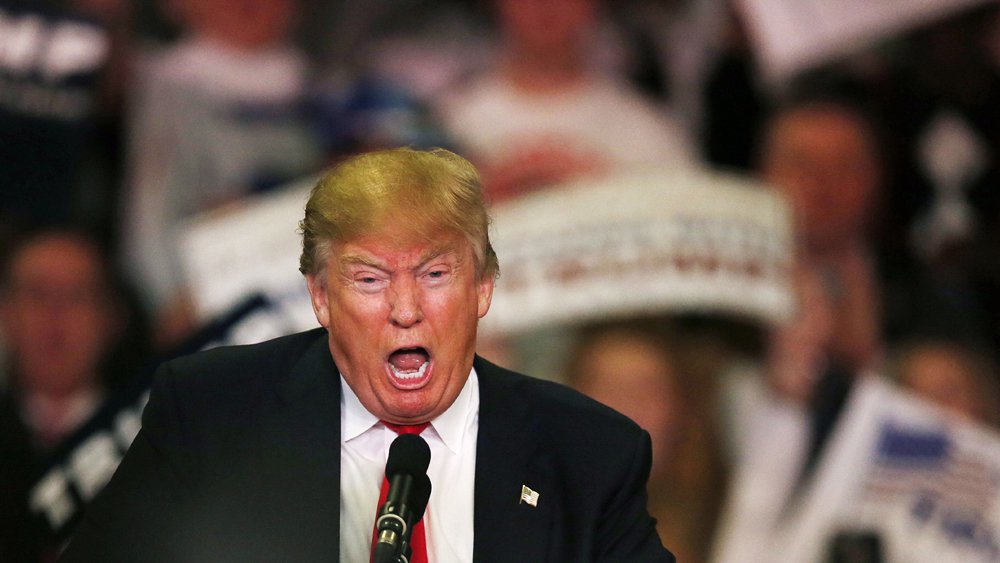 Have you ever said to someone ‘I am going to kill you’, either in jest or as some hyperbolic way of conveying your anger?

If so, you are indicating a possible murder attempt. Do you understand that?

Everyday I listen to Mike and Mike in the morning for about 30 minutes (until I make my daily decision it is an awful sports show and turn it off). Everyday Mike Golic threatens to punch Mike Greenberg in the face.

Golic is threatening assault. Does he understand that?

Sounds silly, huh. Of course not. Golic is saying this stuff to get a reaction (although I never liked that bullying tactic he uses) and you were not seriously going to murder someone. Just words, right? Just words.

Now for the 10 people who read my posts, you well know I am the last one to ever defend Trump. He is a stupid man who cannot process complex information in a salient or sophisticated way; he is trapped by his own hubris and narrow-minded views of the world. But the backlash of this Access Hollywood video is ridiculous.

Should he be sorry for his comments? Of course. Should a 60 year old man with daughters say such stupid stuff? Of course not. But for anyone who was for Trump before this, or even on the fence, and is now aggressively against him after this is completely lost. The reason he should not be president is because he has never held public office in his life and he is a stupid man who cannot process complex information in a salient or sophisticated way.

That has not changed since this bawdy talk was revealed last Friday.

And how can you be surprised by this? Have you heard his Howard Stern interviews over the years? This is who he is. I would have been much more surprised if Access Hollywood revealed audio of him saying:

‘I always have respected women. I see them as mindful and capable human beings and always fight for their equality. I was in the front line in the 70’s for the ERA amendment to be pushed through Congress.’

Now that would have been out of character.

So when I hear the rank-and-file Republicans jumping ship faster than Billy Zane did in the Titanic, I think it is phony and offensive.

Not only are the GOP leaders trying to wash their hands of the Trump stain, they are reframing it to look like they are so aghast by these words, their moral compass is spinning out of control so they can now not support him.

First off, you do not get to claim the moral high ground on this, only Anderson Cooper does with his sexual assault question. Trump is a miserable lying old fool yet you decided to hop on his bandwagon, warts and all.

Secondly, you are abandoning ship to save your own bacon. I have always believed politicians care only about one thing (not policy or visions of the future or whatever); saving their position. That’s it. Whether you agree or not with this basic tenet is arguable, but there is no question that this is the prime motivation for this anti-Trump shift by these guys. Not the ‘surprising’ comments by a man who has only shown himself to be a bigot and a misogynist.

Look, we all have said things that we are not proud of. This is not to excuse Trump in any way, but let’s focus on the real reason why he should not be president and not so much on the side show garbage that pollutes every election in history.

If you truly want this to be an election based on policy and facts, I highly suggest doing research on the main issues and stop focusing on this part of the debate:

Yeah, it is fun to tease people, Trump does it all the time. But be a part of the solution, not the problem.