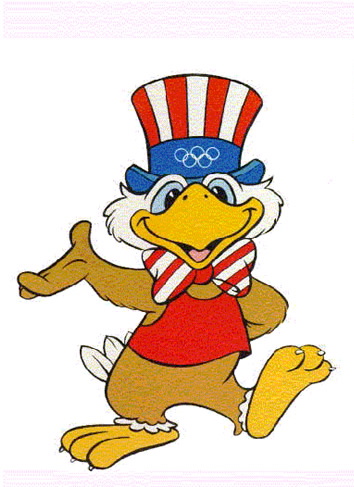 So what if I wasn’t always rooting for an American to win?

Honestly I never fully understood the rampant jingoism that permeates America during the Olympics. Just because someone is from your country doesn’t hold too much importance in my eyes. I am not even sure if there is a big difference between rooting for someone just because he/she is an American and rooting for someone just because he/she is black, white, or whatever. I guess it is tacitly agreed upon by the masses that there is a difference, so yeah…. a discussion for a different day.

Anyway, during the Olympics I do not only root for Americans. In fact sometimes I feel for the other countries that are competing and sort of want to share the wealth so to speak. I mean do we have to win at EVERY SPORT?

I mean we live in the most important country in the world; we pretty much do as well please. We have so much money, so much success, and we are so safe here (due to our geography) it just seems we have an embarrassment of riches in this land. Do we really need to dominate skeet shooting, swimming, judo, fencing, etc as well?

There are some poor countries that have never won a medal, much less a gold medal. For example, Bangladesh has never won a medal. Ever. Do you know how many people live in Bangladesh? 160 million. Yes! Million! That is a hell of a lot of people that are not winning any medals. Can you imagine the excitement if that country just won one stupid medal? Like even a bronze in some lame sport like dressage. I think the country may implode. The country is in complete ruin, abject poverty everywhere, so can’t we just hope for some form of happiness to enter their lives?

So this Olympics the Spew is officially rooting for Bangladesh to win a medal, even if it is against an American. So go Siddikur Rayhman. Go Rahman Md Mahfizur. Go Aireen Akter. Win one not just for your homeland, but for the Spew. 160 million + 1 pair of eyes are watching…..