As promised, today I am allowing my arch-rival down south, the Tacoma Tirade, to offer his opinion about Donald Trump and the election. Never let it be said that the Spew doesn’t strive for fair and balanced views.

First off, I want to thank the lord in heaven Baby Jesus, because without that little guy in the sky none of this would be possible.

Secondly, I want to voice my anger about all of this liberal diatribe that is literally being spewed out on a weekly basis. I know Seattle folk are pretentious left wingers that love to force their brand of ‘tolerance’ upon the entire Pacific Northwest. It is about time these readers hear the other side; why Donald Trump should be president and he deserves your vote. 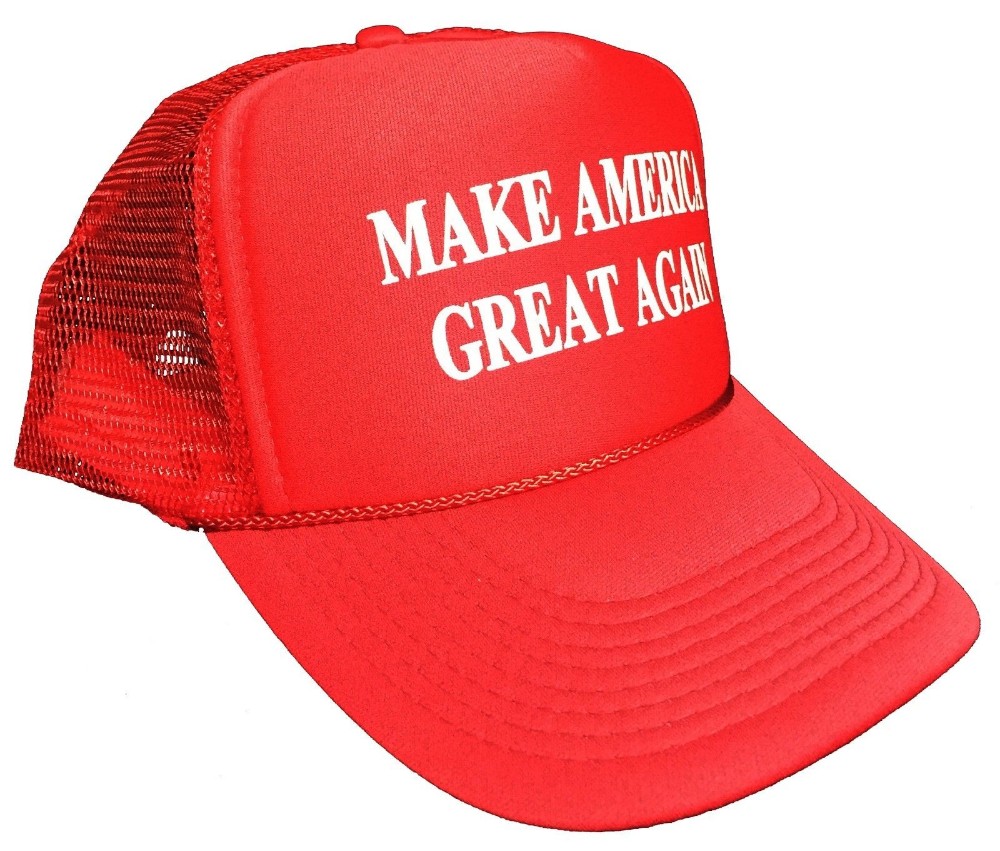 If you have ever seen the Monty Python’s sketch that references a man who wants to be a lion tamer, you know what I mean. If not, click here.

Look at the fine craftsmanship if this hat; a ribbon around the bill, bright red hue that screams ‘America was great, but not now’, a mesh back that echoes of a blue collar worker, and four words that pretty much solidify the basis of Trumpism.

Donald Trump is a creator and a builder. His wall initiative will employee literally dozens of people and will keep us safe from rapists and people who want to build taco stands at every corner. In fact, he built his home with his own two hands. He went to Home Depot, bought the nails, wood, cement, and other things that houses need to be built, did NOT hire any illegals, and built the whole damn tower himself. That is the kind of man Trump is, a man who gets things done and tells you about it later.

Obama and friends are the type of politicians that let you eat dessert for dinner. Trump feeds you healthy stuff that no one likes; broccoli with no salt, rice cakes with no flavor, soylent green, and protein gelatin bars like in Snowpiercer made from insects. Sure, it doesn’t taste good like Rocky Road ice cream, but you need it to function correctly. The world is horrible and America is a war zone. Just look at inner city America; it is like King’s Landing out there. Only he can fix it.

Donald Trump is the healthiest man on earth; I have seen the doctor’s note to prove it. Where is Hillary’s bill of health? Maybe thrown away with those other 3000 missing emails? Hmm…… All I know is she is low energy and cannot galvanize a AAA battery.

When I was a kid, I always wondered why we do not get along with Russia. I saw Red Dawn and never understood why Patrick Swayze was such an ass to the poor fellows from the USSR. Wouldn’t it be nice to becomes friends with those guys? Trump has that type of vision. He wants to be BFF’s with Putin, he wants to allow other countries to experience the joy of having nuclear capabilities. Those are words from a unifier, not a non-unifier.