The art of persuasion has two key aspects: 1) know your goal 2) know your audience

Seems logical enough. Know what you want and design your plan of persuasion based on who you are talking to. However, when emotion and hubris get in the way, these basic tenets are not followed. Ironically enough, we see this lack of persuasive ability a lot in the world where persuasion is the most essential: politics.

Yesterday, the super PAC ‘Priorities USA’, the huge money support for Hillary Clinton, gave the world a sneak peak into the first group of ‘persuasive’ ads they are planning to launch against the Donald this week. This super PAC is planning on spending $90+ million….yes $90+ MILLION on a series of attack ads.

Click here if you want to see round one:

I will bet you dimes to dollars that you were not.

Now this is not to say they are bad ads, or even ads I disagree with. But I don’t think they are effective ads.

I don’t need to voice my personal political views right now, because that is immaterial (and probably obvious after reading a few posts). The question is not ‘do you agree with the ads’, the question is ‘are you persuaded’? The people who dislike Trump will piggy back on these ads and say ‘look how bad Trump is’, and the people who like him will not budge.

To be fair, it is extremely hard to persuade someone to vote a completely different way. So let’s another question: ‘if you were torn between the two candidates, did this influence you’?

We all know Trump’s bawdy locker room talk when it comes to women; some people find it offensive and others see it as just mindless (and entertaining) noise. Trump’s statements about women have been well documented since the 80’s. The GOP spent $60+ million dollars trying to hammer his ‘misogyny’ into their voting base. From what I can tell, that didn’t work. Trump’s supporters as well as the tweener voters simply do not value this attack line.

In other words, I think anti-Trump people are missing the point.

So what is the answer?

But, for the sake of this post, I’ll give you a freebee. I say….make him look foolish and not strong. Make him look like a creepy old dude and not a rich mogul. Try to get that brand image of what ‘Trump’ stands for out of people’s mindsets and replace it with a foolish old man who may or may not want to have sex with his daughter.

Try some of these images: 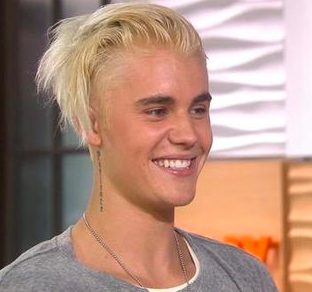 Good idea? Eh, maybe not…..that’s what you get for free.

But what do you get from $90 mil? Preachings for the choir.