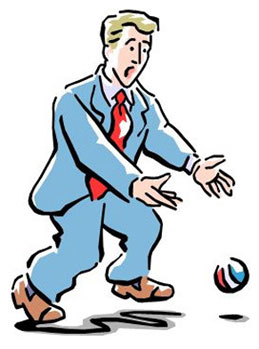 Being in a politically active city has its ups and downs. The good is that there are people here connected with the world around them. The bad is that I have to suffer through all the political ads.

Seattle is a very blue city, so everyone running for any office is a Democrat. Whether it is for the House, the State seats, or even the Parks and Rec division (didn’t know they were affiliated with political parties), all of these up and comers are Democrat.

So in essence there is very little difference in their opinions on things, so the way they advertise themselves and to distinguish themselves from the others is by….say…other things. There is the blind Muslim guy, there is the Indian women who is really really progressive, there is the gay Latin guy, there is the guy who fought in some war no one cares about, there is a woman who says she is strong, etc. Oh yeah, and there is the white guy who pretty much has to apologize for being a white guy (something I can relate to a bit). Anyway, their entire campaigns are based on their ‘unique’ features and nothing on competence or policy.

Honestly I really don’t care about any of that. But there are two things that will win my vote for November:

The city council here is so amazingly incompetent and awful; one of the central reasons they left in the first place. This history will be discussed in detail later when I have more time and am running low on ideas. None of these turkeys have even mentioned this. Granted, this may pie out of their jurisdiction, but I don’t care!! I need to hear it. Hell, I don’t even talk to people who disagree with me on this. This is the #1 issue for this city, bar none!! For the economy, for the national status, for local business, for gentrification of the shitty SoDo district, this is such a no-brainer it is insane.

2) Cut the trees in front of my windows This would raise my property value twofold. I would get this great view of the city, but now all I see is a partial view and three stupid trees. Two are too far away for me to chop down myself, the one close to me may feel my vengeance soon, but it is ridiculous these forms of flora are there to begin with. C’mon now, trees are ugly, asymmetrical, and all look the same. But the cityscape; that is what everyone wants. Will one of these do-nothing politicians finally get off their duff and cut my trees?

But noooooooooooo. None of these hot issues are on their docket. It is just ‘look at me, I am blind and from Iran’, or ‘hey there, vote for me because I am a gay Latin dude’. So selfish.