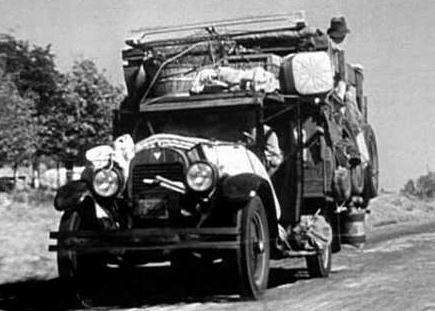 When I used to teach, students would come to me and voice their displeasure about classics novels they had to read: Great Expectations, Scarlet Letter, etc. And in every one of these banal conversations, Grapes of Wrath would be mentioned as well.

Clearly these students never had to move.

You can only relate to the Joad family and their plight for finding stability if you had to move multiple times. And I mean multiple times, not one of those once in a long-while moves.

Since I decided moving to Seattle, I have been forced to move 3 times in 2 1/2 years. Do you understand how annoying that is? Of courser not! Unless you have done it.

Now what I mean by ‘forced’ is that my rent has increase by 20%+ in both places I have rented. Maybe not the same as being forced out by the Third Reich, but it still sucks.

From an article on 538.com, they quote the top 25 cities by rent and how rent has increased during the previous two years.

Here is the table:

As you can see, Seattle is fuckin expensive. But it is only 5th. So not the worst.

But look a little closer……..

It is the ONLY city than has an increased rent hike from 14-15 to 15-16. And it is the only rent hike in double digits. What the poo is that?

So armed with this new and damning information, I decided to buy a home, a condo to be exact. Due to the fact I was sure others have read this article and had the same idea, I knew I had to act fast. So I decided, offered, and got accepted to purchase a condo in one day. Yes, it was that easy. Hmmmm, sort of scares me on second thought how easy that all was…..

Anyway, in this hyper-predatory market, I have heard it is not uncommon to encounter bidding wars, so feel a bit fortunate to not get engaged in such fiscal warfare. This is what these apartments do: businesses like Amazon come in, pay their employees good money (but at a cost….future post), so this allows apartments to jack up rates, thus allowing owners to sell at an above-zestimate to the victim (which would be me in this case).

But it is a nice unit in a good spot. So I am a cautiously proud owner of an overpriced condo near the water. Hopefully I will benefit from this inflated market before the earthquake/volcano/tsunami destroys us all. And where I will be living, I would be the first to die.