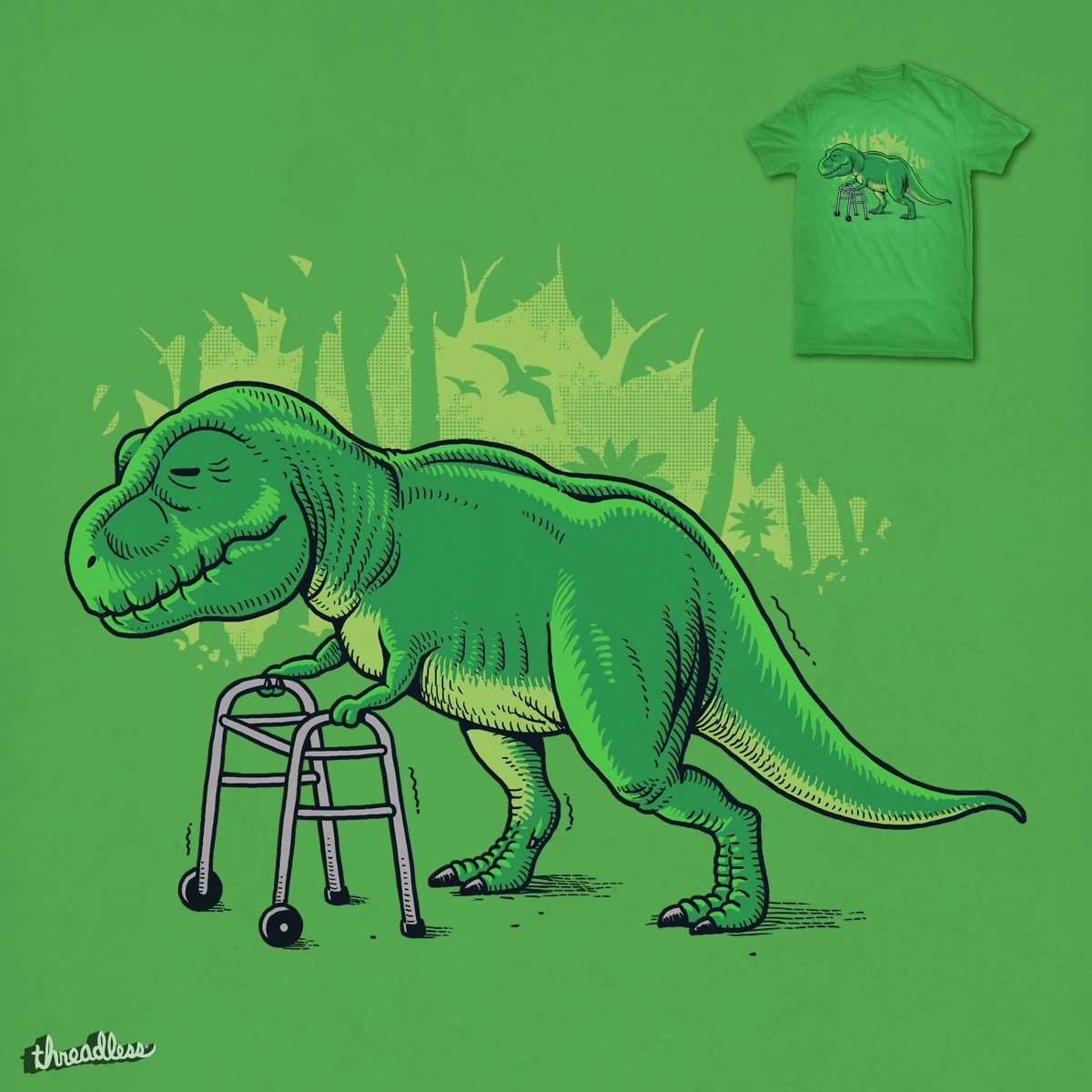 Do you remember Jurassic Park? Pretty good movie, huh. It had thrills, chills, and all sorts of badass dinosaurs strutting around scaring all the humans. But out of all the thunder lizards, there was no doubt the most awesome of them all was the Tyrannosaurus Rex, of T-Rex as I like to call it.

Remember the part where the kids were getting away in the SUV and there was a T-Rex right on their tail, and the camera pans to the side mirrors where it says ‘Objects in mirror are closer than they appear’?

I know!!! That was so cool!! That T-Rex was probably moving at about 35 MPHs to keep up with that car.

But I have some bad news. Apparently all of that cannot happen. No, it is not the idea of preserved dino DNA in an ambered mosquito. I’ll buy that. No, it is not the idea that to fill in the missing DNA, they used frogs genetic material. Seems OK by me. And not even the fact that in order to trial run such a dangerous wildlife park, the founder brings his grandchildren to kick the tires on this place. Yes, he was a terrible grandfather, but I’ll even go with that. What makes Jurassic Park science fiction even more fiction is the fact that T-Rex’s can’t run that fast.

In fact they can’t even run at all. They are just speed walkers.

A study done where it shows that due to the muscle construction of the T-Rex, the big guy really cannot pick up his legs and churn them the way we once thought. Before this study, scientists looked at the skeletal structure only and delineated that a T-Rex can run up to 40 MPH. To put that in perspective, that is as fast as a car going 40 MPH. However, as said before, this new study has factored in the muscle end of things, ran it through a very sophisticated computer simulation, and found out that the King of the Jurassic Era is….well….sort of a dork. I mean has anyone been scared of anything that gives chase by speed walking? I mean that is like 12 MPH, tops.

This puts the entire Jurassic Park franchise into question. Are the new movies going to incorporate these findings? Is Spielberg going to go back, ala George Lucas, and redo some of the scenes?

I don’t know. I don’t even know what they should do. But all I know is that this….. is not frightening.