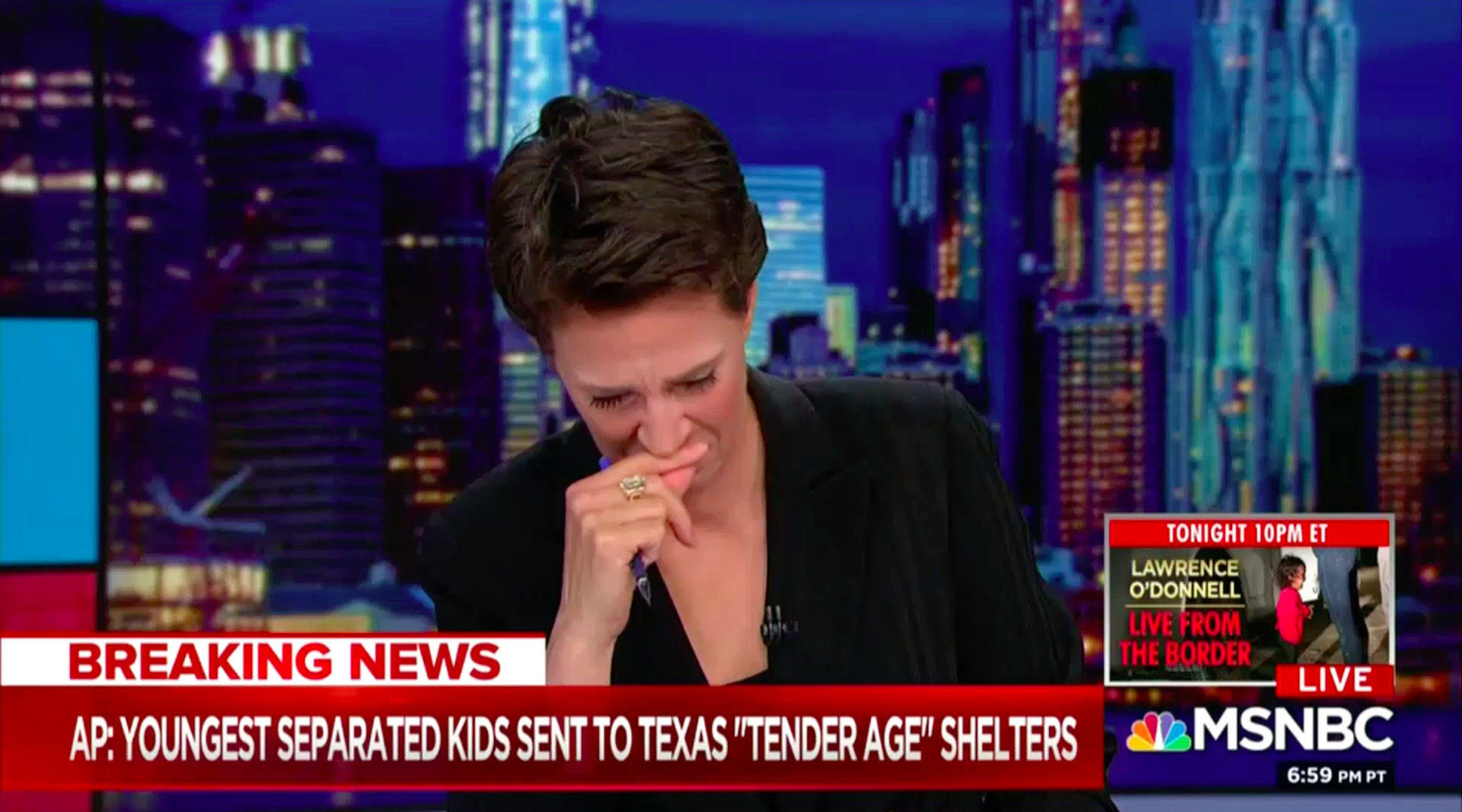 So what’s the new scandalous thing brought to us by the Trump White House:

Ahhhh, here is a new one: taking away children from asylum seekers. So let’s go with this one for today.

Obviously I am not for this absurd policy, it seems unnecessary and sort of mean. But the way the media is handling this is very hard to watch.

Look, I’m trying really hard….really really hard to get on board with all of this faux pathos the media is spewing out. But it is really not for me.

Seeing Rachel Maddow and Stephanie Ruhle cry on air, multiple commentators reporting live in Texas, the entire scene seems very unprofessional and self serving to me.

I mean do these people really care that much? Remember when Obama sent drones overseas to drop bombs, killing some innocent civilians? Where was Chris Hayes for that? How about all of those Puerto Rican families torn apart last summer due to the hurricane season? Remember America’s response? Yeah, nothing. Yet very little reporting has been done on this in comparison.

So why is this issue making the folks on MSNBC break down? It is not more tragic or world-changing than any of these other issues Trump has failed on. So why this one…..hmmm….

Well, for the first time in a long time, the liberal side feels they have an issue the masses are against Trump on. You can tell that even Trump is sweating on this one because, well, he signed an Executive Order the other day about it. Who knows what will actually happen, but it is a clear sign that Trump is uneasy about this one.

Now I appreciate the effort and the possible end result of this; Trump is an awful person who is as stupid as his following. But let’s not confuse this sudden emotional outburst by the media with being responsible members of the press. There is a real agenda behind this choice of reporting; it is not the most important issue with America.

Yeah, I know this one doesn’t move the needle for me as much as it should. The waste of money and work force is far more influential to me than anything else. Maybe I’m just a bad guy who doesn’t value the family unit as much as I should. But I just want to point out that there are many problems in America; poverty, unfair policing, DIRTY WATER IN FLINT, etc. Just because those previous issues don’t have a girl in a red coat screaming ‘mama’ doesn’t make any of them less real or less important. I’m tired of the blatant manipulation and attraction to the easiest stories by all media; this is maybe the biggest reason why Trump was elected in the first place. I just want some responsibility in the media, is that too much to ask?