Over 95% of scientific experts say (or know) that human-created toxins are affecting the overall climate of our planet. There is some disagreement on what rate the climate is changing and some uncertainty about what things will look like in x years given no human behavior changes, but for the most part experts agree things are getting worse.

Too bad the president is part of that 1 out of 20.

Today, that stupid, orange, fucker is signing a bill that will revert all of the environmental laws President Obama put in place to help our dying planet.

Now some of you may think this is great, that less government regulation is wonderful for industry and is just the kick-start we need to create jobs.

But you would be wrong. WRONG!!

First off, I have no idea how the idea of eco-friendly solutions have been branded as an anti-industry and anti-job thing. Progress, enhanced technology, and improvements in our life has always been a source of job creation. For example:

In other words, human advancement has not only improved our quality of life, but it also gainfully employees people.

We can also see this by the type of commercials that big shot corporations are airing on TV. GE, Exxon, and the like are advertising hard to the masses that they are looking for better and more efficient solutions for energy. Is this a ploy to cater to the younger masses and maybe get some of the better young minds to apply? Maybe. But there is no question that corporations do not want to be left behind the times and know energy efficiency is the trend of the future.

But not for the big fat orange turd-goblin posing as the president. Apparently he and his loyal band of coal miners want to revert our technology 50 years and live in the Industrial Revolution….again. I love the logic of the coal miner; the sense of entitlement they have about their jobs is quite amazing. I mean they want the world to stop their advancements in order for them to keep their shitty gig. It is like if Blockbuster employees wanted the government to ban Netflix and streaming just so they can keep their stupid little job.

Anyway, if you are still not convinced that environmental regulations are needed to keep the country clean, just look at Beijing: 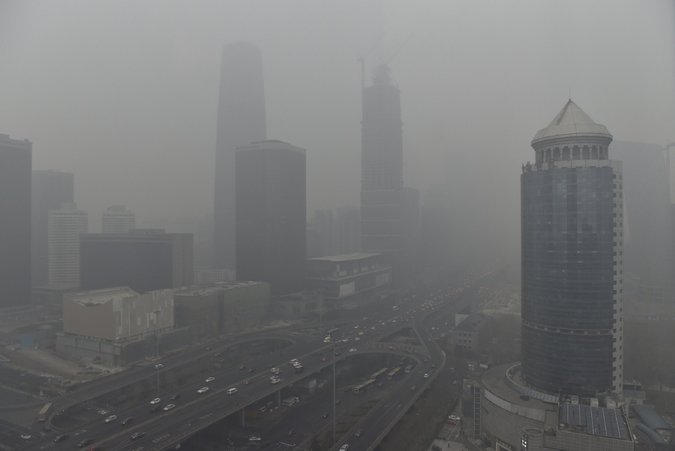