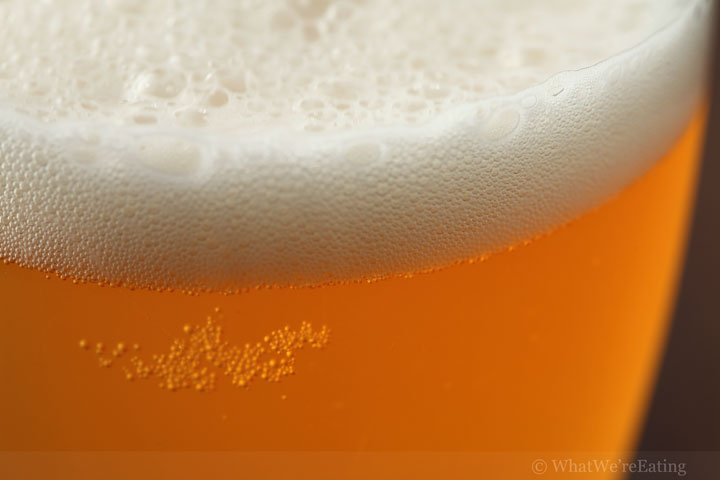 It’s the end of summer, so before all the lighter brews are tucked away and hibernate for the winter, let’s look at the ultimate summer ale once more.

Yeah yeah, I know what you are saying….another IPA review? I know you have had it with this esoteric beer type and all of these snobby brands I am drinking. But remember this….

I like IPAs, Seattle loves them, they are easy to find, and they vary quite a bit. In other words, you are getting another helping of IPAs, so chug it and enjoy the consequences.

From our friends on the islands, Bainbridge Brewing is a solid brewery that has many tasty offerings. When I see them at the bar, do I give them a shot? Yes. Will I travel on the ferry to visit? No. This grapefruit IPA is like a flat IPA mixed with flat Squirt. So it is refreshing but with little punch. 7.7% is a good amount and it certainly doesn’t taste strong, but this is not a beer for IPA lovers. If you want a citrusy non-IPA IPA, which I am not sure why you would ever want that, then give this a try.

Yakima, Washington; the home of Kyle Maclachlan, wineries, and Bale Breaker. Using home-grown hops, one would think the quality of this brew would be high. One would be sort of correct. It is good, but not great. 100 IBUs is a ton, even for a double IPA. But usually a double has more ABV than 8%, but whatever. Anyway for being mucho-hoppy, it is very soft. In other words, nothing about this beer is what I expected. Wanted hoppy, didn’t taste too bitter. Wanted high alcohol content, got about average. It is very drinkable and has a nice neutral taste to it, but definitely not what I would expect from the homeland of David Lynch’s favorite actor.

Foggy Noggin is definitely an appropriate name for this brewery because this does NOT taste like an IPA. Out of Bothell (suburb of Seattle), the Noggin folks do not have the highest of reputation. But I thought I would give them a shot, I mean I am sure they have one good beer. Well….this is not the one. It literally tasted like something else, so maybe the bartender made a mistake. But if not, this thing tastes like piss with a hint of wheat. Do not get this beer, unless you like garbage. If you like to drink garbage, then by all means, order this thing. If you are like me and do not enjoy drinking garbage, then do not ever ever drink this beer.

Backwoods has a magnificent IIPA called the Double-Cut. Apparently they also have a very bland IPA called the Log Yard. This beer is the embodiment of ‘generic’. No character. No personality. No uniqueness. No nothing. In fact, I barely remember ever drinking this thing. It is sort of like when you are driving, you arrive somewhere, and you cannot recount anything you encountered while driving. It is like your mind went auto-pilot. That is Log Yard; the auto-pilot of IPAs.

Rogue is a great brewery. I would say it is in my top 5 favorites. I am an official member of the ‘Rogue Nation’ and get birthday coupons I never redeem.

Rogue has a line of IPA’s called ‘6 Hop’, ‘7 Hop’, and ‘8 Hop’. The difference is each have a different number in from of the name; 6 or 7 or 8. Oh yeah, and that number tells you the ABV; ‘6 Hop’ is 6.66% and ‘8 Hop’ is 8.88%. Also that number tells you the different varieties of hops in it. Out of the three, I liked the ‘7 Hop’ this best. It had the best balance of ABV and IBUs. It really is a delicious beer, the way all IPA’s should be modeled. It is bitter with bite, but still very drinkable. It has a nice level of ABV and blends in very well with the other flavors. High quality brew for sure. If you see it, buy it.